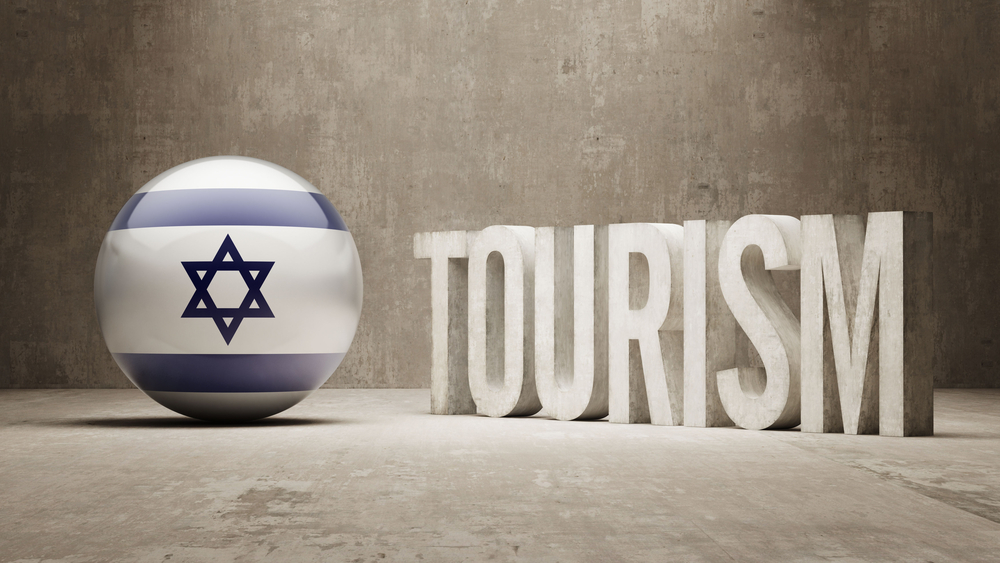 Places to Visit in Israel:

Israel, although small, has some diverse and spectacular scenery. We share with you our favourite travel tips and places to visit while in the Land of Milk and Honey: 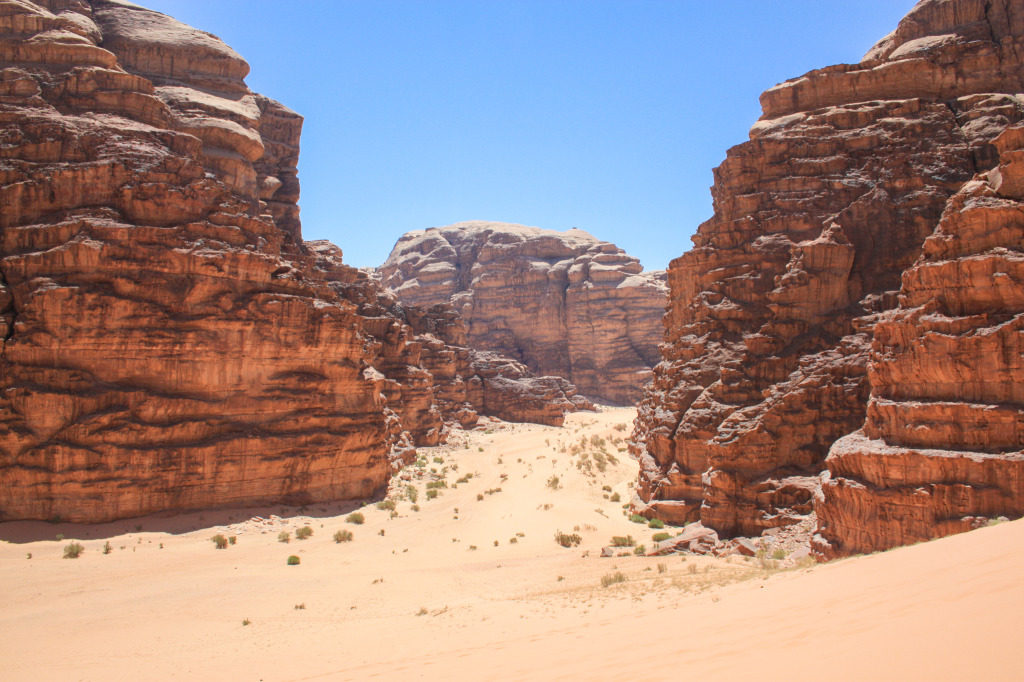 Wadi Rum is a protected desert wilderness in southern Jordan. It features dramatic sandstone mountains like the many-domed Jebel Um Ishrin, and natural arches such as Burdah Rock Bridge. Many prehistoric inscriptions and carvings line rocky caverns and steep chasms, such as Khazali Canyon. The natural watering hole of Lawrence’s Spring is named after British soldier Lawrence of Arabia, who allegedly washed there. 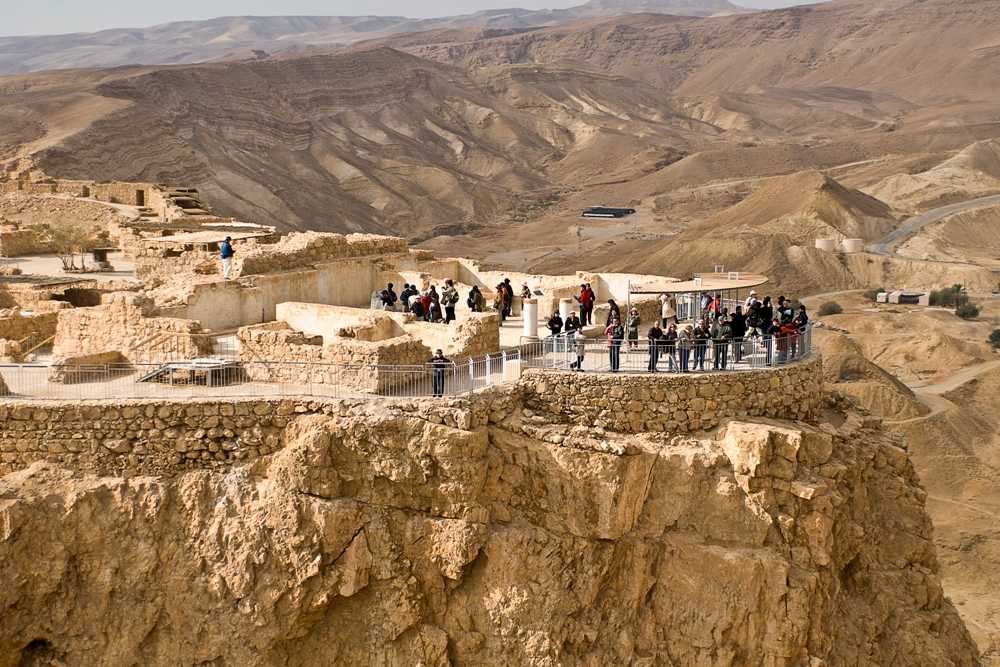 Masada is an ancient fortress in southern Israel’s Judean Desert. It’s on a massive plateau overlooking the Dead Sea. A cable car and a long, winding path climb up to the fortifications, built around 30 B.C. Among the ruins are King Herod’s Palace, which sprawls over 3 rock terraces, and a Roman-style bathhouse with mosaic floors. The Masada Museum has archaeological exhibits and recreations of historical scenes.

Eilat’s Coral World Underwater Observatory is a public aquarium, park and conservation center located in Eilat, Israel. It is the biggest public aquarium in Israel. 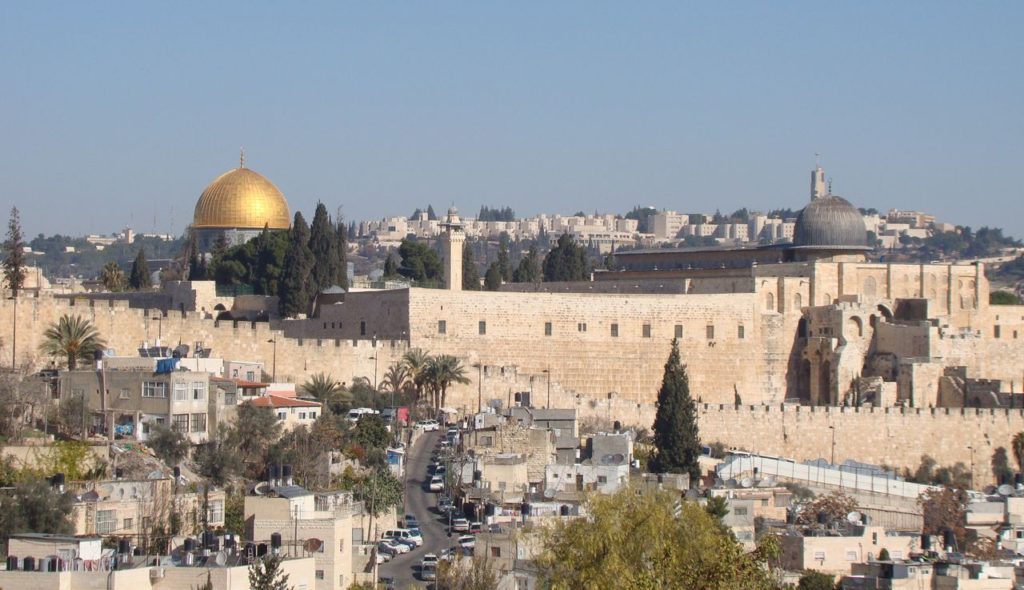 The Mount Zion Hotel can be found on the outskirts of the Old City in west Jerusalem, and this premier location provides guests with stunning views of, among other features, David’s Tower, Mount Zion, and the Hinnom Valley. 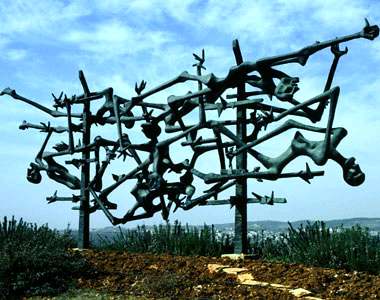 Was started in 1953 to document the memory of Holocaust victims and the history of the Jewish people during the Holocaust so that it will be remembered by future generations. Israel’s largest Holocaust memorial is set on the slopes of the Mount of Remembrance on the edge of Jerusalem. The new Museum opened in 2005 and its nine chilling galleries of interactive historical displays present the Holocaust using a range of multimedia including photographs, films, documents, letters, works of art, and personal items found in the camps and ghettos. Yad Vashem is not fun to visit, but is definitely somewhere that we recommend all visitors to Israel experience. 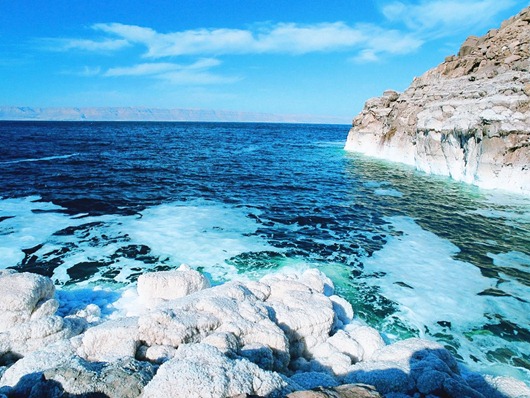 Bordering Israel, the West Bank and Jordan – is a salt lake whose banks are more than 400m below sea level, the lowest point on dry land. Its famously hypersaline water makes floating easy, and its mineral-rich black mud is used for therapeutic and cosmetic treatments at area resorts. The surrounding desert offers many oases and historic sites. 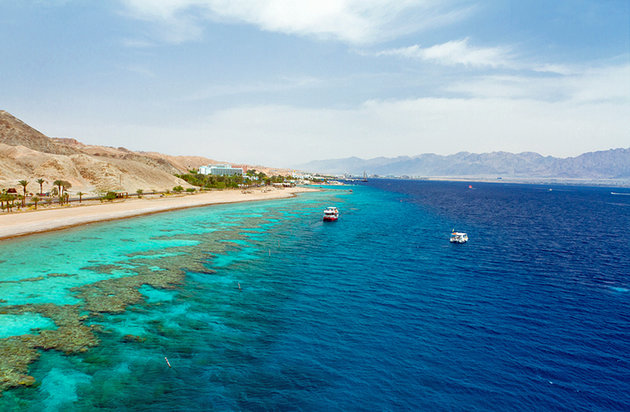 Ein Gedi ” is an oasis and a nature reserve in Israel, located west of the Dead Sea, near Masada and the Qumran Caves. Ein Gedi was listed in 2016 as one of the most popular nature sites in the country. 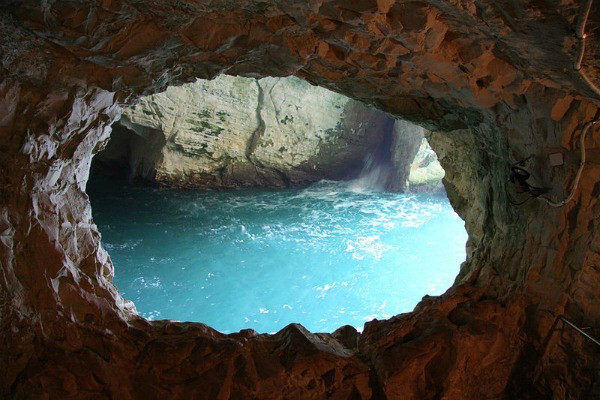 A geologic formation on the border between Israel and Lebanon, located on the coast of the Mediterranean Sea, in the Western Galilee. It is a white chalk cliff face which opens up into spectacular grottos. 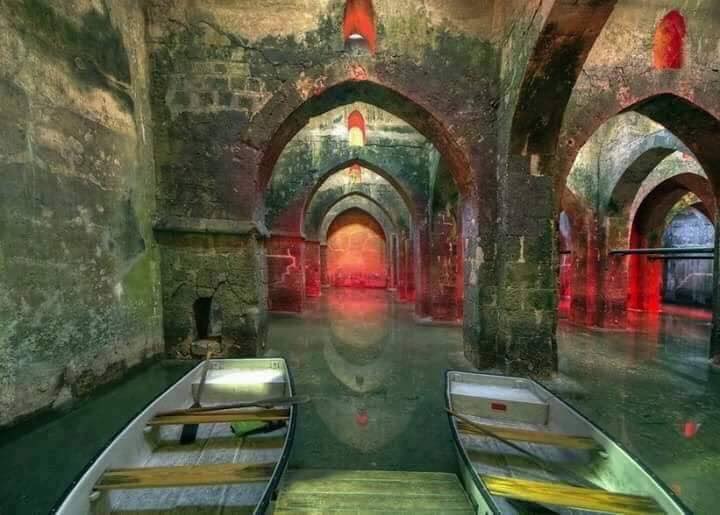 POOL OF THE ARCHES IN RAMLA

The survival of the Pool of Arches, despite the 1,200 years that had elapsed since its construction and the severe earthquakes that destroyed many parts of the city of Ramla, offers rare evidence of the quality of the structure. 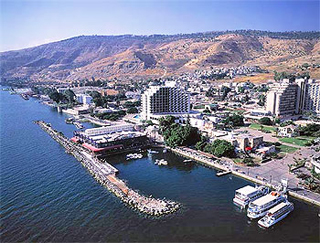 Tiberias is an Israeli city on the western shore of the Sea of Galilee. Its Old City holds important Jewish and Christian pilgrimage sites including the Tomb of Maimonides and Abulafia (Etz Chaim) Synagogue. The waterfront features the restaurant-lined Yigal Allon Promenade, a marina and a fish market. South of the city, Hamat Tiberias National Park is home to famed mineral hot springs dating to antiquity. 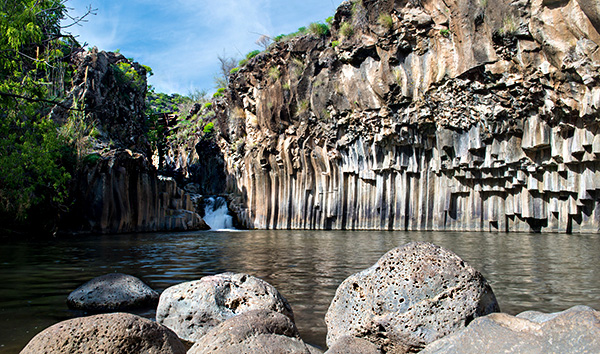 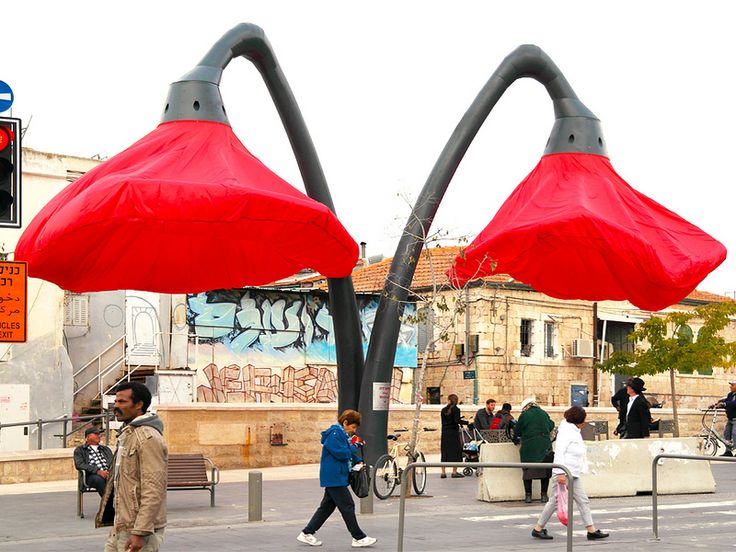 Along Route 44 off the Jerusalem-Tel Aviv Highway 1 lies the Sculpture Road, a 10-kilometer (6.2-mile) route through the KKL-JNF Presidents Forest. It’s lined with environmentally friendly artworks – including one honoring the space shuttle program, sculpted by immigrant artists, from the former Soviet Union. A lovely place to bring a picnic lunch and eat at one of the many benches and tables on the route. 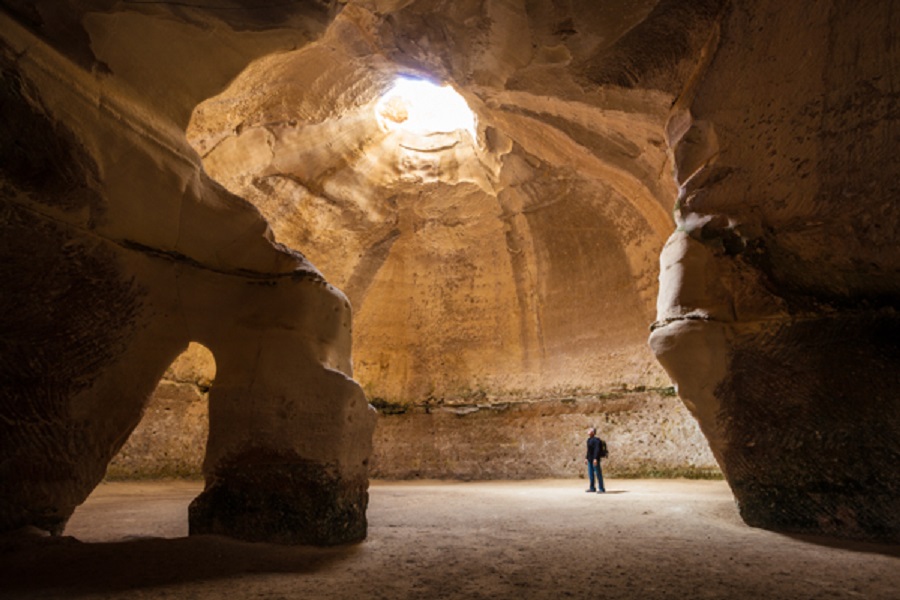 Beit Guvrin-Maresha National Park is a national park in central Israel, 13 kilometers from Kiryat Gat, encompassing the ruins of Maresha. The hills of the plain around Beit Guvrin are made of a pale and soft chalk mass. These are rocks of a uniform mass of chalk, in which horizontal rocks may appear. The thickness of the formation is 180 m. The Maresha caves are all hewn out of Maresha group rocks. 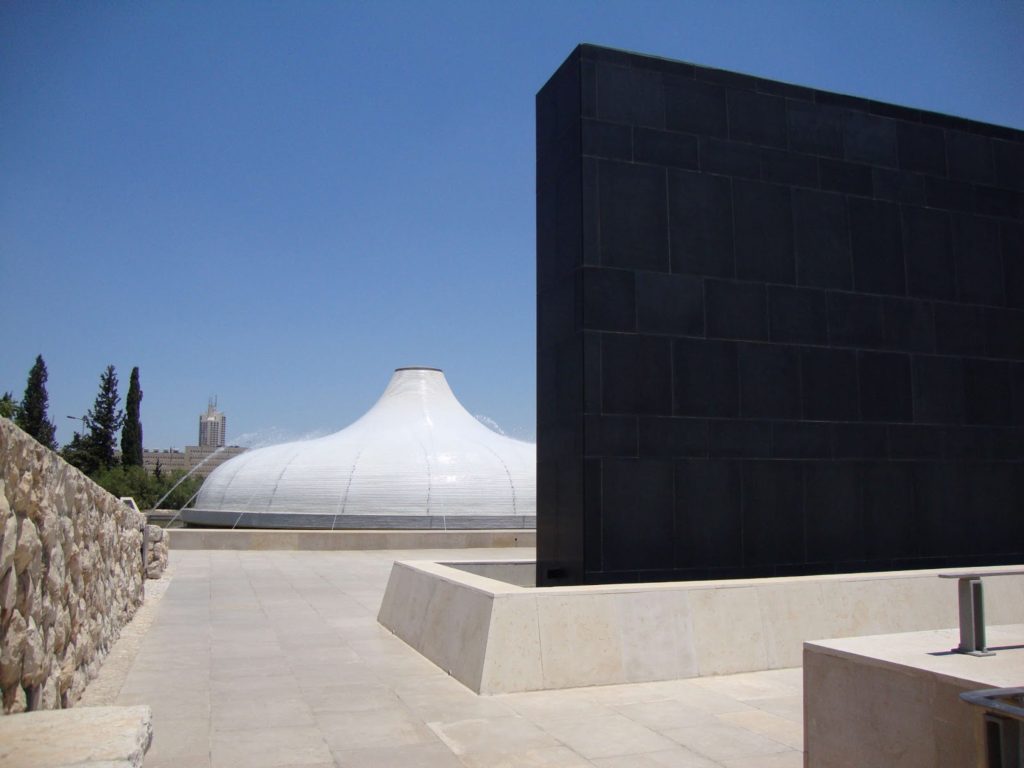 SHRINE OF THE BOOK

The Shrine of the Book, a wing of the Israel Museum in the Givat Ram neighborhood of Jerusalem, Israel, houses the Dead Sea Scrolls. 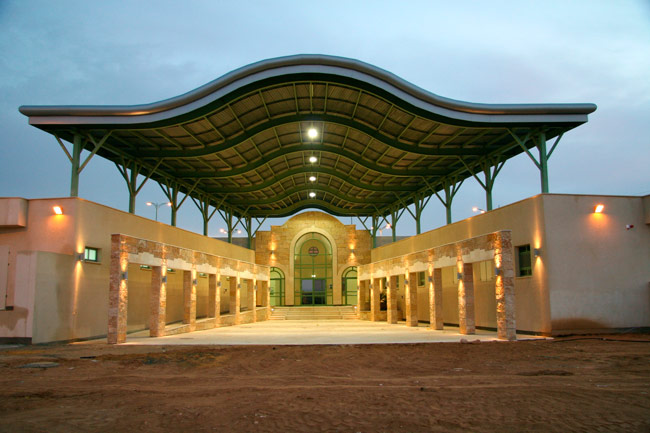 The Arava Institute is a leading environmental and academic institution in the Middle East, working to advance cross-border environmental cooperation in the face of political conflict. A trip to the Arava to see the incredible achievements that are coming out of the desert is a must! Ramat Negev Regional Council is a regional council in the Negev desert in Israel. The largest regional council in the country, its headquarters are located on Highway 40 between Mashabei Sadeh and Tlalim. 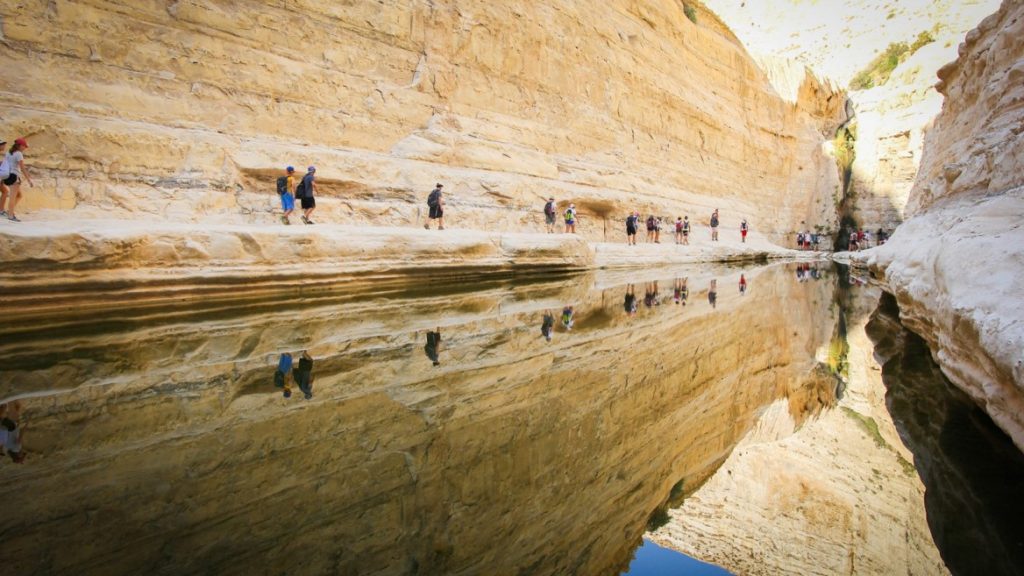 Ein Avdat or Ein Ovdat is a canyon in the Negev Desert of Israel, south of Kibbutz Sde Boker. There are some incredible hikes that you can do around the spectacular scenery. 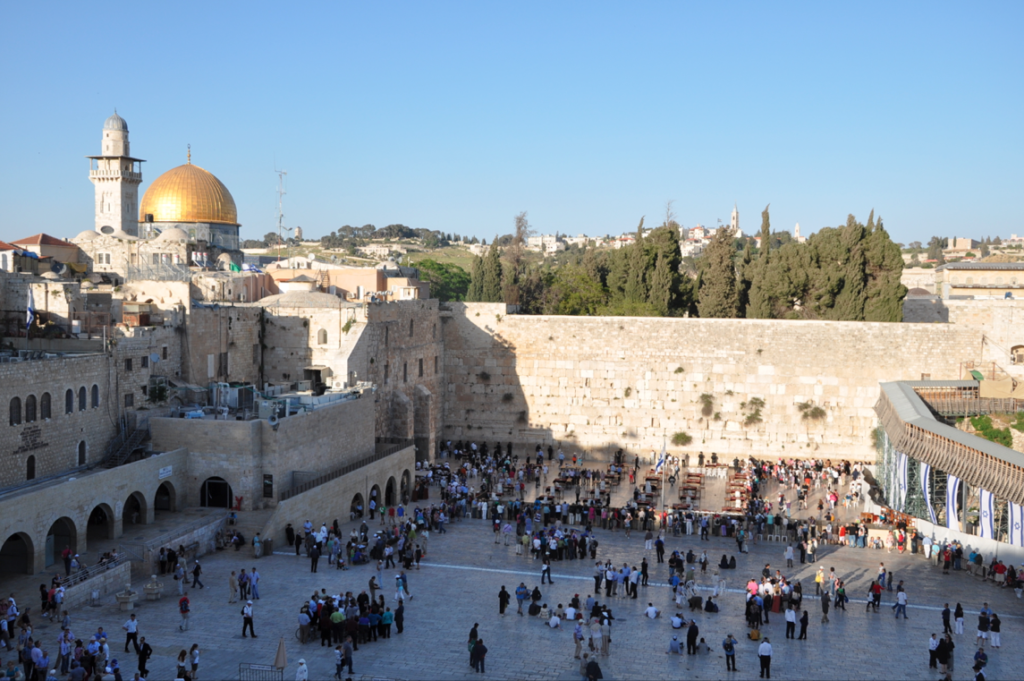 No trip to Israel is complete without a visit to the old city.The Old City is a 0.9 square kilometers walled area within the modern city of Jerusalem. Until 1860, when the Jewish neighborhood Mishkenot Sha’ananim was established, this area constituted the entire city of Jerusalem. It is a great opportunity to place a note in the Kotel. 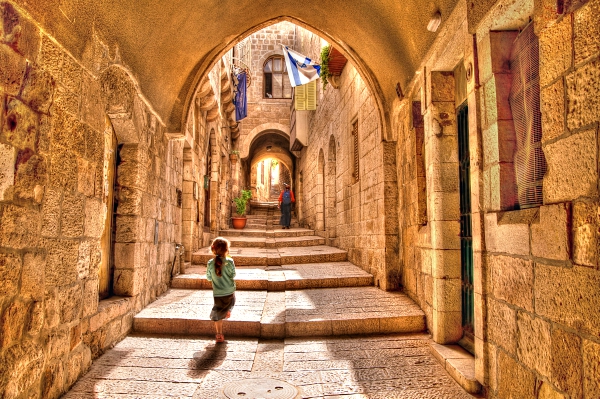 The Jewish Quarter of Jerusalem’s Old City is one of the four quarters of the walled city. The quarter is home to around 2,000 people and covers about 0.1 square kilometers. It is also the location of many tens of synagogues and yeshivas (places of the study of Jewish texts) and has been almost continually home to Jews since the century 8 BCE. Today, the Jewish Quarter of Jerusalem is a fascinating place to explore with museums, synagogues, and of course, the Western Wall its main attractions. As well as these, however, just walking through the alleyways is just as fascinating. 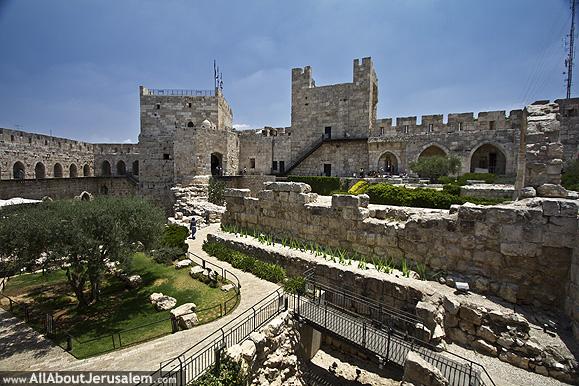 TOWER OF DAVID MUSEUM IN JERUSALEM

The Tower of David, also known as the Jerusalem Citadel, is an ancient citadel located near the Jaffa Gate entrance to western edge of the Old City of Jerusalem. The citadel that stands today dates to the Mamluk and Ottoman periods. During July and August you can buy tickets to the Night Spectacular Light Show which is a 45-minute light-and-sound display using the walls beneath the Tower of David as a backdrop. 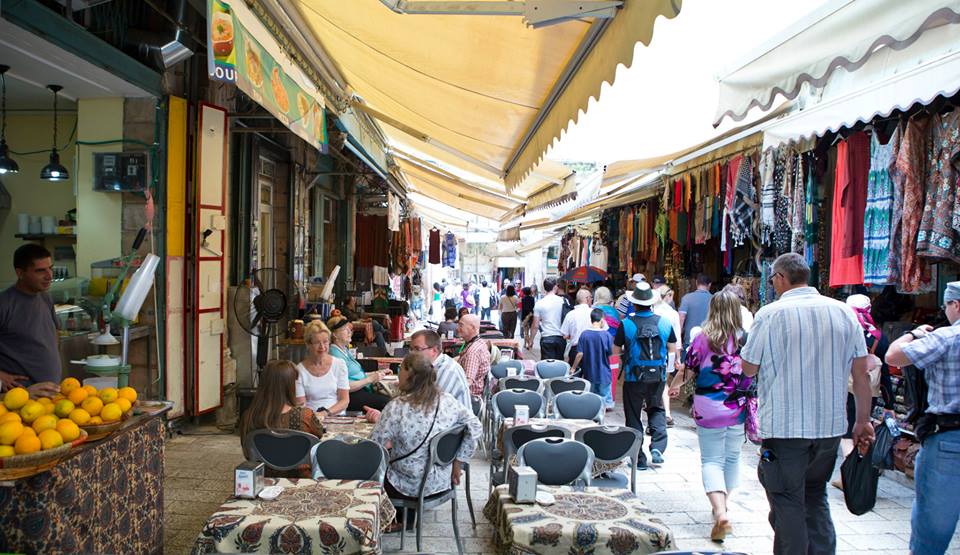 Mahane Yehuda Market often referred to as “The Shuk”, is a marketplace in Jerusalem, Israel. … As the new neighborhoods outside the Old City grew, the Beit Yaakov Market grew apace with more stalls, tents and pavilions. A definite delight for any shopaholic. An array of kosher delicacies, clothing and an opportunity to sit and enjoy a coffee and snack. 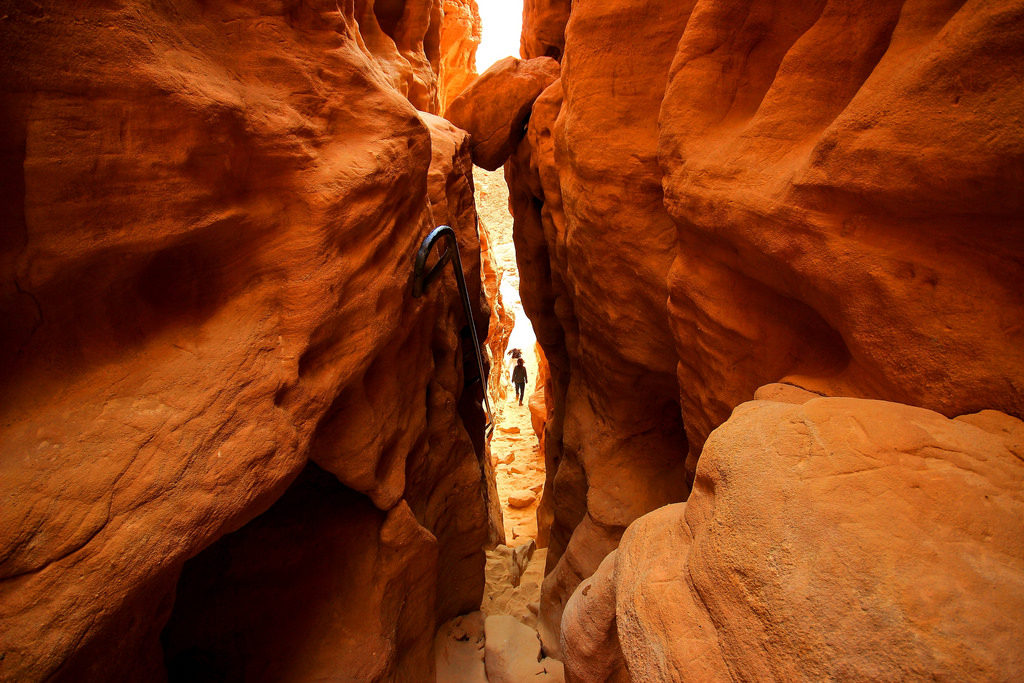 The Timna Valley is located in southern Israel in the southwestern Arabah, approximately 30 kilometres north of the Gulf of Aqaba and the town of Eilat. The area is rich in copper ore and has been mined since the 5th millennium BCE. 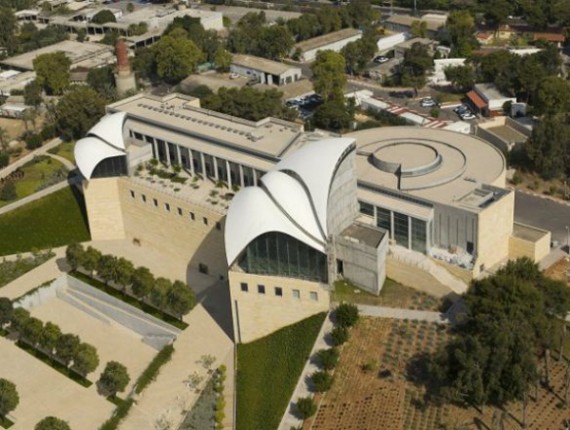 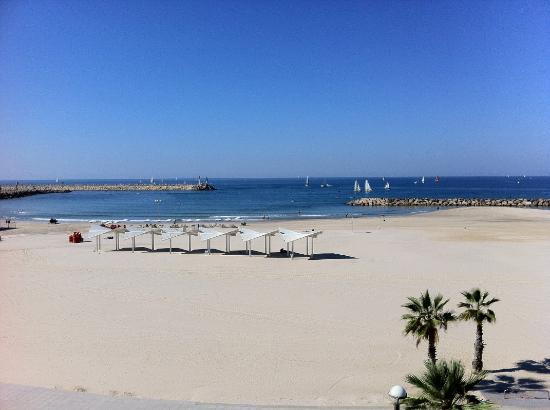 Accadia Beach’s sprawling white sands and clear blue waters make it one of the most beautifulbeaches in Herzliya and Tel Aviv. 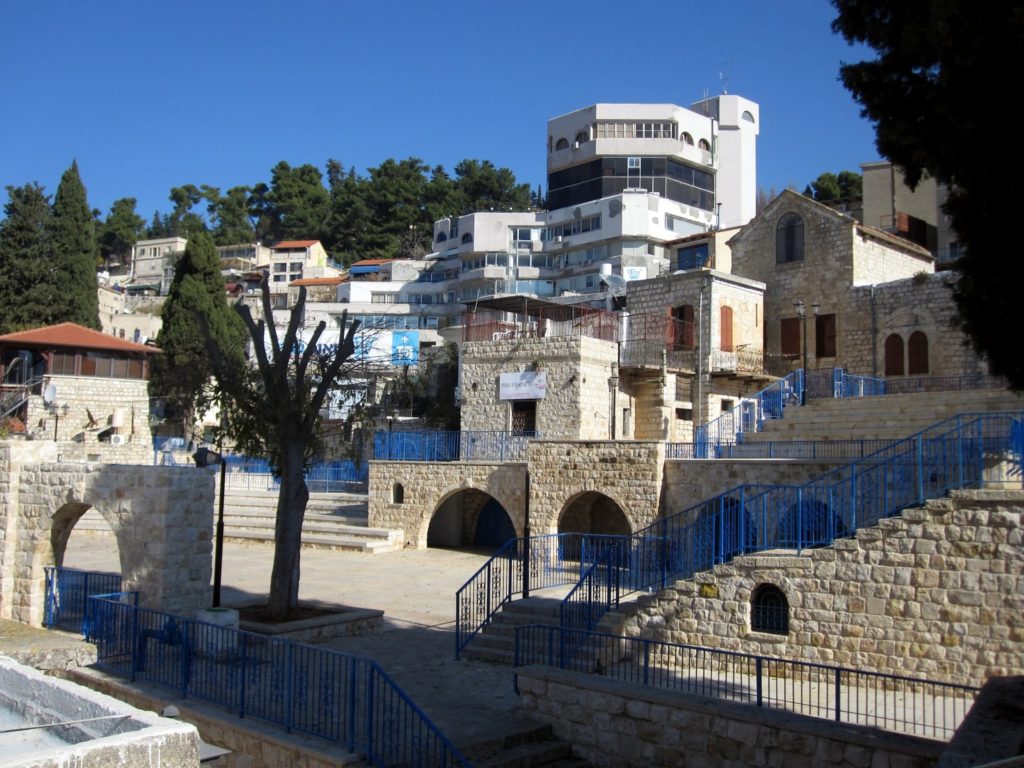 Due to its mild climate and scenic views, Safed(Tzfat) is a popular holiday resort frequented by Israelis and foreign visitors.