On February 9, Zionism Victoria hosted an exciting tour of the Ben-Gurion House in Sde Boker, in partnership with South Caulfield Hebrew Congregation and The Ben-Gurion Heritage Institute.

About the tour:
The tour of Ben-Gurion’s desert home is an immersive experience, led by tour-guide Esther Suissa, a native Londener, who will take us through the insightful tour.

Hopping across the museum and desert home of David Ben-Gurion, Esther will explore hidden places not seen on any regular visit, and uncover Ben-Gurion’s passion and vision for the beautifully rugged part of Israel, the Negev.

The tour will delve into Ben-Gurion’s later life, as he retired from the world of politics and worked towards re-claiming the desert, a task he viewed as a great service to the newly found State of Israel.

About the house:
Ben-Gurion’s hut, sometimes referred to as Ben-Gurion’s Desert Home was the retirement home of Israeli Prime Minister David Ben-Gurion and his wife Paula (Pola) from the years 1953 until Ben-Gurion’s death in 1973.

The “hut”, located on Kibbutz Sde Boker, was preserved exactly as it was left by Ben-Gurion and now serves as a museum with a visitor’s center operated by the Ben-Gurion Heritage Institute. 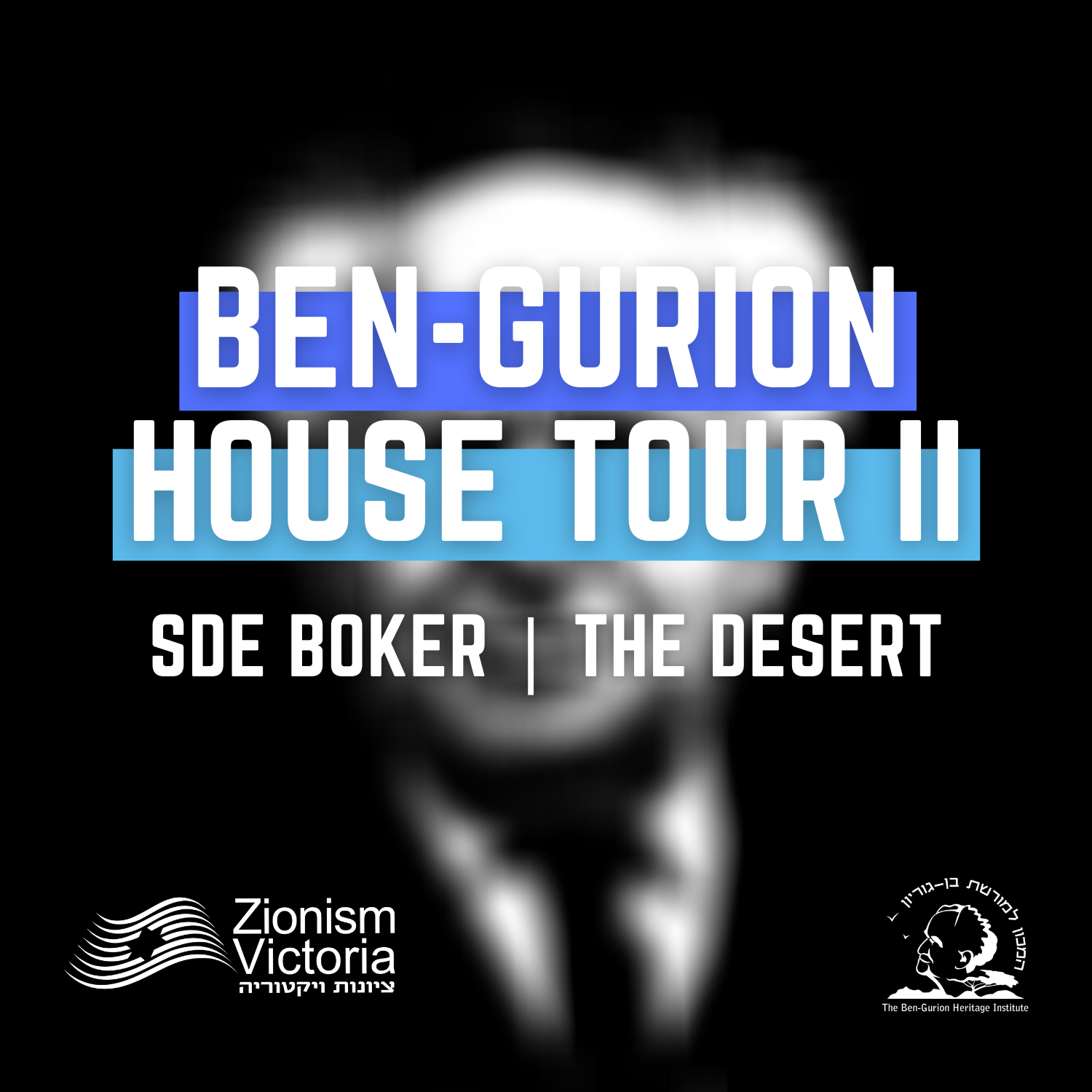