A Week To Election, Poll Records Boost For Likud, Predicts Deadlock After Vote

Prime Minister Benjamin Netanyahu’s Likud party is seeing a boost in support ahead of next week’s Knesset elections, but neither the premier nor his political rivals have a clear path to forming a government, according to a television poll released Tuesday.

The Channel 12 news survey said Likud would pick up 30 seats if the March 23 elections were held today, two more than the party received in the network’s poll last week. Likud has 36 seats in the outgoing Knesset.

Opposition Leader Yair Lapid’s centrist Yesh Atid party had 18 seats in the poll, down one from last week.

Likud’s gain appeared to come at the expense of the rival right-wing Yamina and New Hope parties, each of which received 10 seats in the poll. The parties got 13 and 11 seats respectively in the previous survey.

The Joint List, an alliance of three majority-Arab factions, got eight seats in the survey, as did the ultra-Orthodox Shas party. Fellow Haredi party United Torah Judaism and the right-wing secularist Yisrael Beytenu got seven seats apiece, while the left-wing Labor got six.

Together Netanyahu’s right-wing religious bloc of Likud, Shas, UTJ and Religious Zionism had 49 seats. Even if Yamina were to join them, the parties would be short of the 61 seats needed for a majority in the 120-seat Knesset.

Parties that have ruled out joining a Netanyahu-led government had 57 seats without Bennett.

The network attributed the increase in support for Likud to growing approval of the government’s handling of the coronavirus pandemic, amid Israel’s successful vaccination campaign and the lifting of lockdown measures. In a survey from two weeks ago, 44% of respondents said the government was doing a good job addressing the health aspects of the pandemic, which rose to 57% in Tuesday’s poll. The share who said the government was doing poorly declined from 53% to 41%.

The survey, conducted by pollster Manu Geva, had 500 respondents and a 4.4% margin of error.

The final surveys are set to be released Friday, after which new polls are barred from being released under Israeli election laws.

Also Tuesday, Channel 12 reported Lapid met with Ra’am leader Mansour Abbas five weeks ago in a bid to convince the party to recommend that he form a government after the elections.

The network, which did not cite a source, said Lapid failed to secure a promise of support from Abbas during the meeting, which was aimed at better positioning Lapid to be tasked by the president with putting together a coalition.

Yesh Atid said it doesn’t comment on political meetings but that it is in touch with everyone in the political system and will do everything to replace Netanyahu. 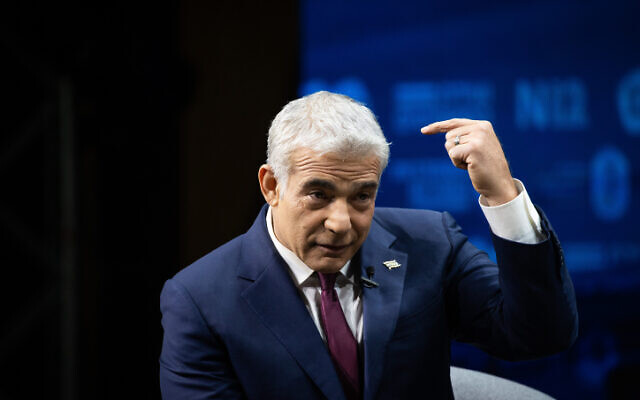 Ra’am, which has emerged as a potential kingmaker, split off from the Joint List shortly after elections were called, vowing to take a more pragmatic approach that did not rule out cooperating with any coalition, be it right- or left-wing, in order to advance the interests of Israel’s Arab citizens.

While members of the Joint List, including Ra’am, recommended Blue and White leader Benny Gantz form the government after the March 2020 election in what was an unprecedented move, the Hadash, Ta’al and Balad factions that currently make up the Arab-majority union have made clear that cooperating with Netanyahu in order to keep him in power is a red line. They cite Netanyahu’s years of marginalizing of the Arab minority that they have deemed unforgivable.

Abbas has said, however, that he is prepared to cooperate with Likud, including on measures to help Netanyahu evade legal trouble, as long as he is able to establish reforms that will benefit Arab Israelis in exchange. 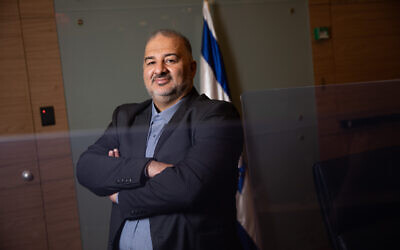 But Ra’am may be competing not just against the Joint List for votes, but also the Likud party, which has run an aggressive campaign targeting Arab voters who are starved for change, after decades of feeling that their representatives have failed to provide results.

While horse-race polls are an almost daily occurrence in Israel in the weeks leading up to elections and are not seen as overly reliable, taken together, the surveys can often serve as a general gauge of the political climate and where the vote may be headed.

The upcoming elections — the fourth in two years — were called after the power-sharing government of Likud and Blue and White failed to agree on a budget by a December 23 deadline.

Read more
PrevPreviousSerious Covid Cases Fall Below 600 For The First Time Since December
NextBlue And White And In The Red, Gantz May Be Hanging In Race To Pay Off DebtNext