Prime Minister Benjamin Netanyahu was accused of sexism and racism toward former Likud MK and current New Hope candidate Yifat Shasha-Biton on Monday, after he referred to her with a disparaging nickname, while appearing to suggest she was to blame for Israel’s coronavirus deaths.

In an interview Monday morning with the Kan public broadcaster, Netanyahu was asked how, despite his claim of “huge success” in dealing with COVID-19 due to Israel’s vast vaccination campaign, the Jewish state was nearing 6,000 dead from the virus.

“Ask the shashot and the pakot, the paka-paka and the Shasha-Shasha,” he said, referring to Shasha-Biton with a phrase denoting someone who whines all the time.

Following the formation of a new government in May, Shasha-Biton was named chairwoman of the Knesset’s Coronavirus Committee, where she earned popular acclaim for overturning and criticising a number of the government’s coronavirus restrictions. Her decision to buck the prime minister also raised hackles among Netanyahu and his allies, who later stripped the committee of its power to overturn government rules. 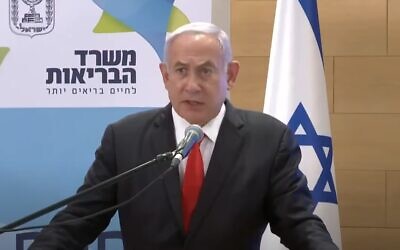 Responding to Netanyahu’s comments, Shasha-Biton said Netanyahu was “taking Israel down into a very deep abyss.”

“His contempt for the citizens of the State of Israel and for the victims of the coronavirus is a new low for this man, who was once considered a respected prime minister,” Shasha-Biton told Kan. 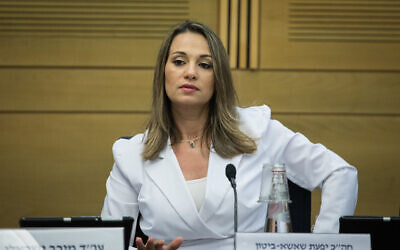 “I will not stoop to his level. I will continue to fight for the citizens of the State of Israel, without fear, with the voice of reason within me and with the tremendous support from the people of Israel,” she said.

New Hope chair Gideon Sa’ar said the “shameful attack” on his party No. 2 was “another example of an unbridled discourse of hatred” to come from the prime minister and his backers.

“The day after Netanyahu, and it is near, we will return a respectful and cohesive dialogue between us and heal Israel,” Sa’ar said.