The black posters with images of a woman’s chained hands and personal details of each agunah — a woman being denied a Jewish writ of divorce by her husband — were plastered around south Tel Aviv on Tuesday by a group of activists and agunot.

Designed by Israeli street artist DODO, the posters were made for Yom HaAgunah, dedicated to women chained to abusive or unviable marriages. 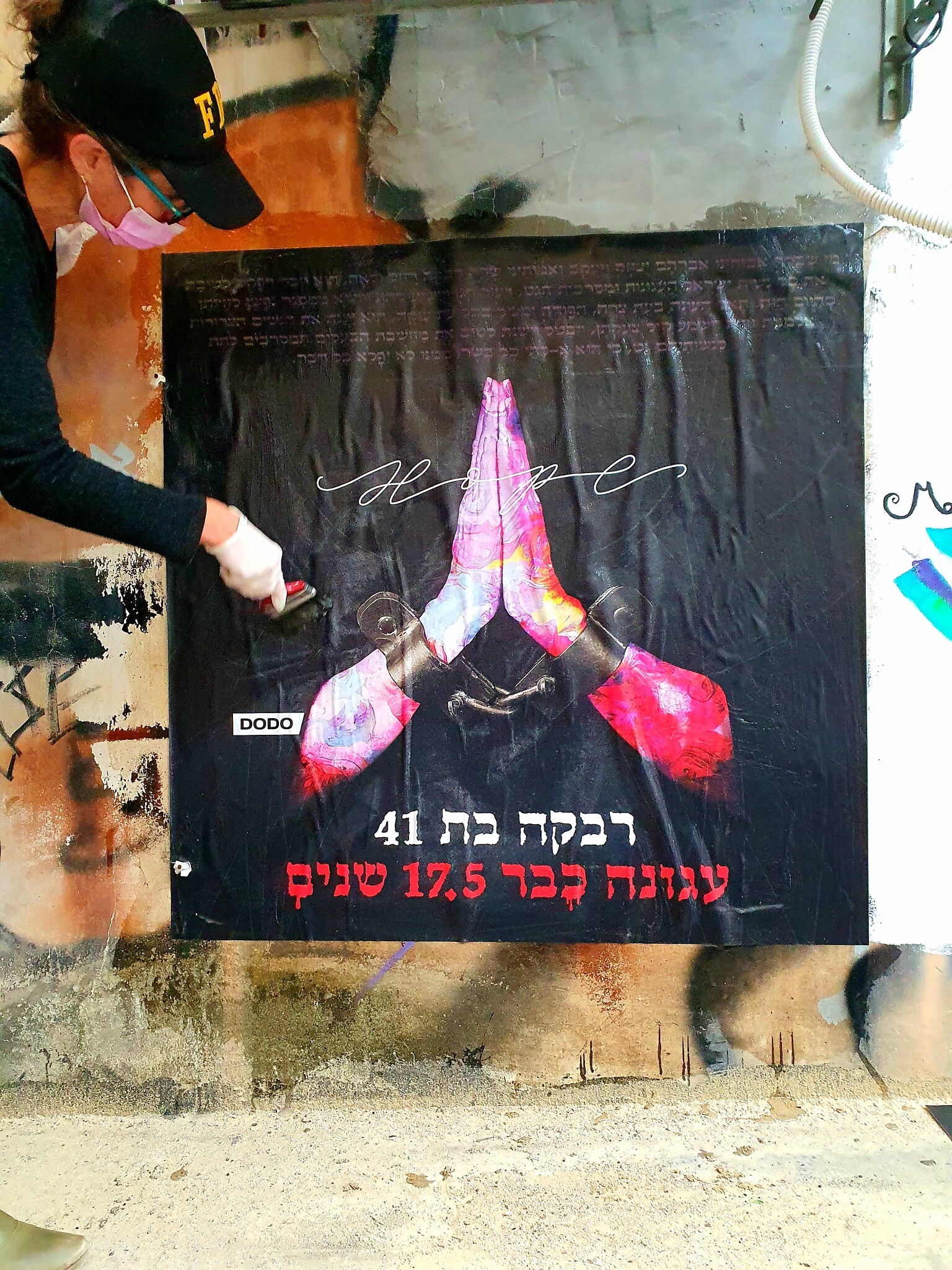 One of the posters created by street artist DODO for Yom HaAguna, marking the plight of chained women, February 24, 2021 (Courtesy DODO)

The annual commemoration takes place on the Fast of Esther, the day before Purim when Jews remember the historic heroine who suffered and fasted before approaching King Ahasuerus to ask him to save the Jews.

The posters were meant to illustrate the pain of living as a “chained” wife, and were part of an effort organised by the Yad La’isha organisation of Ohr Torah Stone.

They aimed to call attention to the women’s individual plights and the continued failure of legislative and rabbinical authorities to effectively address this issue.

Issues of personal status, such as marriage and divorce, are controlled in Israel by the Chief Rabbinate. Men who refuse their wives a religious bill of divorce can leave them in legal limbo for years, preventing them from remarrying in the Jewish state.

While Israel’s rabbinical courts are aware of approximately 400 cases of “get refusal” per year in Israel alone, the organisation estimates the actual numbers are far greater.

“Street art has the power to get people to connect to the subject matter, to stop for a moment and think,” said DODO, “and then decide to act in a positive way to change our environment and make a real change in society.”