Government ministers on Wednesday approved a nationwide nightly curfew over Purim, in a bid to prevent gatherings during the holiday that could fuel a resurgence in coronavirus cases.

The curfew will begin Thursday night, after the start of Purim, and end Sunday morning, as the holiday continues until then in some locations. Under the curfew rules, Israelis will be barred from traveling more than a kilometer from home between 8:30 p.m. and 5 a.m. and only essential businesses may open during those hours.

Bans on parties and hosting guests at home will also be in effect during the curfew.

NIS 500 ($150) fines will be issued to anyone caught breaking the curfew, which a joint statement from the Prime Minister’s Office and Health Ministry said will not apply to areas with a majority of non-Jewish residents or East Jerusalem.

Ministers were continuing to debate further restrictions in Jerusalem, according to Hebrew media reports, as Purim doesn’t end in the capital until Sunday evening.

One option under deliberation was limiting public transportation to the city, the Ynet news site reported. 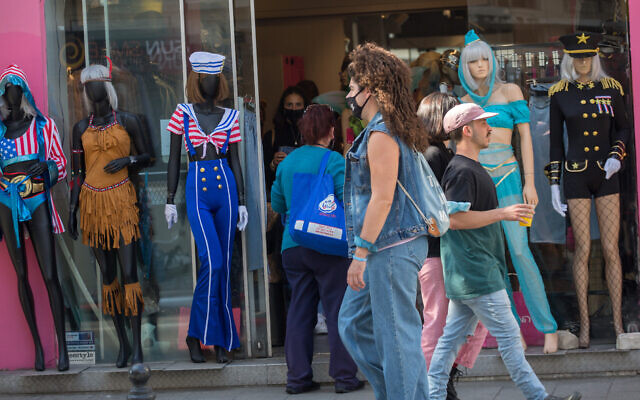 The approval of the curfew came after Prime Minister Benjamin and other senior officials urged the public not to violate the tightened coronavirus restrictions in place for Purim.

Following festive gatherings during Purim last year, which came at the outset of the COVID-19 pandemic, there was a jump in coronavirus cases in Israel.

“This can’t repeat itself,” Netanyahu said during a press conference, referring to the rise in infections after last year’s celebrations. “We can be happy, we can dress up, but we must observe the rules.”

“Remember, the children are not yet vaccinated. Let’s protect them and avoid parades and parties,” he said. 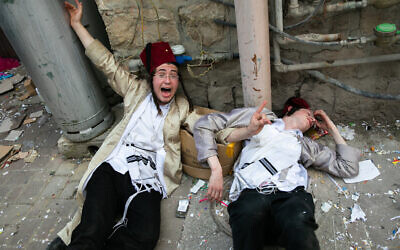 People celebrate the holiday of Purim in the ultra-orthodox Mea Shearim neighborhood in Jerusalem on March 11, 2020. (Olivier Fitoussi/Flash90)

Purim is usually marked with costume parties as well as large communal meals and drinking, in events bringing together family and friends. Since the start of the outbreak in the country last year, the government has occasionally ordered curfews, specifically during major holidays, in an effort to prevent gatherings and an inevitable spread of the virus.

Police said checkpoints will be deployed in 24 locations around the country to enforce the curfew. Hundreds of police cars will also patrol roads during the curfew.

Coronavirus czar Nachman Ash said Tuesday that officials are concerned violations during Purim could push infection rates up, forcing the country back into a larger lockdown once more.

While the night curfew will likely prevent parties, many of Purim’s traditions — from the megillah reading in synagogues in the evening and morning, or the traditional meal — take place during the day. For those gatherings, the current pandemic restrictions, limiting groups to 10 indoors and 20 outdoors, are in effect.

The rules come as Israel has eased its third nationwide lockdown after a successful vaccination campaign that has thus far seen one-third of its population receive both doses of the vaccine. Infection rates, however, continue to be high, topping 4,000 per day.