The Channel 12 survey said Netanyahu’s Likud party would be the biggest if the March 23 elections were held today, picking up 28 seats, down from its current total of 36. A poll released by the network last week had Likud winning 29 seats.

The second largest party after Likud in the poll was Opposition Leader Yair Lapid’s Yesh Atid party with 18 seats. The next two largest factions were the right-wing New Hope and Yamina parties, which were forecast to get 13 and 11 seats, respectively.

The survey gave the centre-left Labor party six seats and Blue and White five, up from other recent polls released by the network in which Gantz had four seats.

Rounding out the poll were the far-right Religious Zionists party and the left-wing Meretz, with four seats a piece. 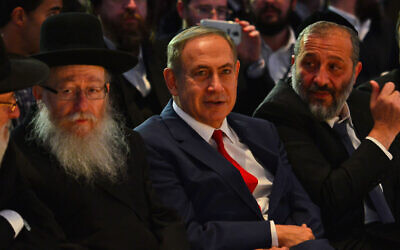 Along with its Haredi allies and the Religious Zionists, Netanyahu’s Likud-led bloc had 47 seats. Even if Yamina were to join them, the parties would be short of the 61 seats needed for a majority.

While anti-Netanyahu parties had 62 seats between them, they are divided by deep ideological differences and no faction head appeared to have a clear path to forming a government.

The survey was conducted by pollster Mano Geva and included 506 respondents, with a margin of error of 4.4%.

The release of the poll came as the Haaretz daily reported Geva was working with Blue and White ahead of the elections, and that the party was faring better in surveys he released compared to those commissioned by other outlets.

Every poll released by the network this election season has Blue and White entering the Knesset, while those released by other television stations and media firms had the party failing to clear the minimum electoral threshold at least once.

Geva said in response that he works with all parties besides Likud and stressed the poll results were based on strictly professional criteria. Channel 12, Israel’s largest commercial TV broadcaster, said all surveys commissioned by it were conducted “independently and objectively.” 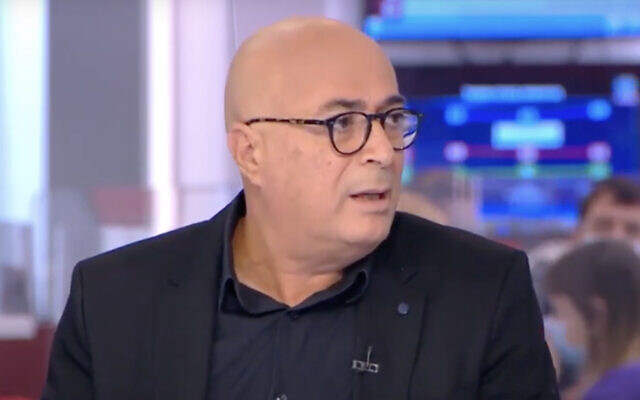 While horse-race polls are an almost daily occurrence in Israel in the months leading up to elections and are not seen as overly reliable, taken together the surveys can often serve as a general gauge of the political climate and where the vote may be headed.

Meanwhile, the Haaretz daily reported that Gantz is concerned about a so-called “April plot” in which Netanyahu will fire him using Israel’s semi-constitutional laws, which were adjusted as part of the agreement between Blue and White and Likud after the last election.

Blue and White apparently did not foresee a situation whereby the alternate prime minister, Gantz, wouldn’t get elected in a subsequent vote, so the law allows for him to be fired from a transitional government.

Gantz has apparently been telling associates that Netanyahu would use the situation to grant himself retroactive immunity from prosecution; he warned in an interview last week that Netanyahu would fire him, all Blue and White’s ministers, the attorney general and state prosecutor if he loses his Knesset seat.

Additionally, if Gantz were to pull out ahead of the elections to give the other parties a better chance, the prime minister could apparently also fire him ahead of the vote.

National elections — the fourth in two years — were called after the power-sharing government of Likud and Blue and White failed to agree on a budget by a December 23 deadline.

The election, like the previous three votes, is largely seen as a referendum on Netanyahu’s rule amid his ongoing trial on corruption charges, as well as his government’s varied success battling the pandemic.