A former world judo champion who fled Iran in 2019 in a dispute over competing against Israelis arrived in the Jewish state late Sunday to compete in a Judo Grand Slam competition being held this week in Tel Aviv.

After landing he was taken to a hotel to quarantine ahead of the competition.

Saeid Mollaei’s change of nationality to Mongolia from refugee status was approved last year by the International Olympic Committee.

The 2018 world champion went into hiding in Germany after defying Iranian team orders to lose intentionally during the defence of his title. Mollaei claimed he was ordered to avoid facing Sagi Muki, a high-ranking opponent from Israel.

The International Judo Federation said at the time that Mollaei had been pressured to lose by Iranian Deputy Sports Minister Davar Zani. He was also reportedly pressured to bow out by Iranian Olympic Committee President Reza Salehi Amiri, who told him minutes before his semifinal match that Iranian security services were at his parents’ house in Tehran. 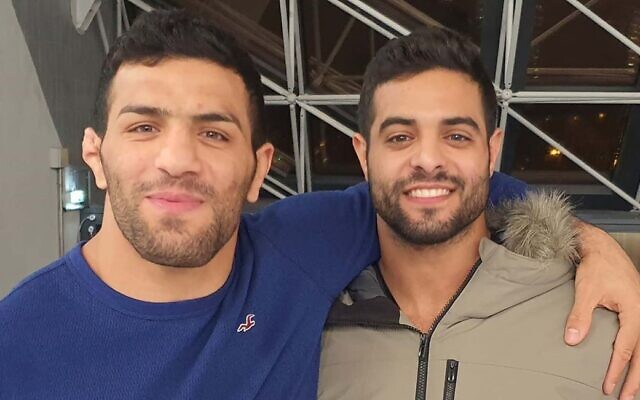 Mollaei, who was on track to face Muki in the finals of the 2019 men’s under-81 kilogram class, told the IJF that he bowed to the pressure and deliberately lost to Belgium’s Matthias Casse in the semifinals to avoid having to face the Israeli athlete, who ended up winning gold.

Now the two may face off in the Tel Aviv contest. Muki said he would be happy to compete against Mollaei, who has become a personal friend.

“This is a great message to the world,” he told the Kan public broadcaster. “This is something that can even bring Iran closer to Israel. It simply shows how sports can bring together people and break boundaries.”

The competition is being held despite Israel being under a national lockdown to curb coronavirus infections that limits indoor gatherings to just ten people and that has seen Ben Gurion Airport shuttered since last month, with air travel to and from the country severely limited.

Last week the chair of the Israel Judo Association, Moshe Ponte, explained to Kan the strict terms under which the contest is being held to enable the arrival of some 500 competitors from abroad.

Ponte said the competitors will each have to undergo several virus tests before being allowed to participate.

“We will do everything to ensure that there isn’t even one infected person,” he said at the time and noted that the entire Israeli team has already received the two-shot Pfizer-BioNTech vaccination the country is using for its mass vaccination program. 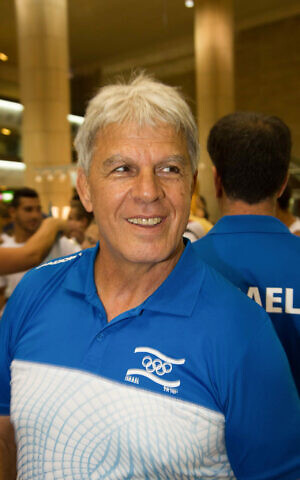 Four chartered planes will bring the competitors to the country from two European collection points, in Paris and Istanbul. The flights will only carry those who are taking part in the event.

Before being allowed on the plane, each competitor and trainer will need to provide two negative virus tests.

In Israel, the arrivals will undergo another virus test and will be quarantined in hotel rooms, unable to leave until a negative result is confirmed.

Those who are clear of the virus will be permitted to leave their rooms, though competitors will be kept in pods of small numbers and isolated from those on other floors of the building, including for meals and transport to the competition venue. Transportation vehicles will be disinfected after each journey.

A training center will be made available at the hotel, but competitors will only be able to use it one at a time, after booking sessions in advance, and the entire facility will be disinfected between sessions.

Israel’s main international airport has been almost entirely shuttered since January 25, except for cargo planes and emergency aircraft.

Departing flights during this time have been limited to those traveling for medical treatment, essential work, legal proceedings, a funeral of a relative, noncitizens leaving the country and those traveling from one residence to another. Those needing to travel for other circumstances have been allowed to submit their case to an interministerial committee for review.

Iran has not recognized Israel for more than 40 years and enforces a policy of boycotting competitions against its athletes.

Last year, the IJF announced a decision to confirm a provisional ban on Iran over its refusal to allow its fighters to face Israeli judokas.