Netanyahu Says Israel May Need To Extend Lockdown, Pleads With Haredim To Comply

Prime Minister Benjamin Netanyahu warned on Monday that Israel will likely need to extend its current lockdown restrictions, despite its successful vaccination campaign.

Visiting a vaccination centre in Beit Shemesh with Health Minister Yuli Edelstein, Netanyahu said, “We may need another short, limited period of restrictions. In any event, we will not extend the lockdown by more than two weeks.”

Cabinet ministers are set to meet on Tuesday to discuss extending the current rules beyond the scheduled end date on January 21.

Edelstein also spoke in support of a longer lockdown, saying, “Tomorrow, we will request the government extend the lockdown. There’s no other option and no other way.”

Netanyahu lauded Israel’s response to the pandemic and blamed virus variants that are believed to be more transmissible for the runaway infection rate.

“The mutation is running wild around the world,” Netanyahu said. “There are countries in Europe talking of a lockdown until April. That’s not the situation here.”

Netanyahu added that he had spoken with other world leaders about advancing a group to research and produce vaccines for viruses and future pandemics.

He said he had instructed Edelstein and Transportation Minister Miri Regev to immediately step up virus testing for international travelers entering Israel and to tighten further regulations for flights.

An ongoing concern for health officials is the outbreak in ultra-Orthodox areas and violations of restrictions in some parts of the community. 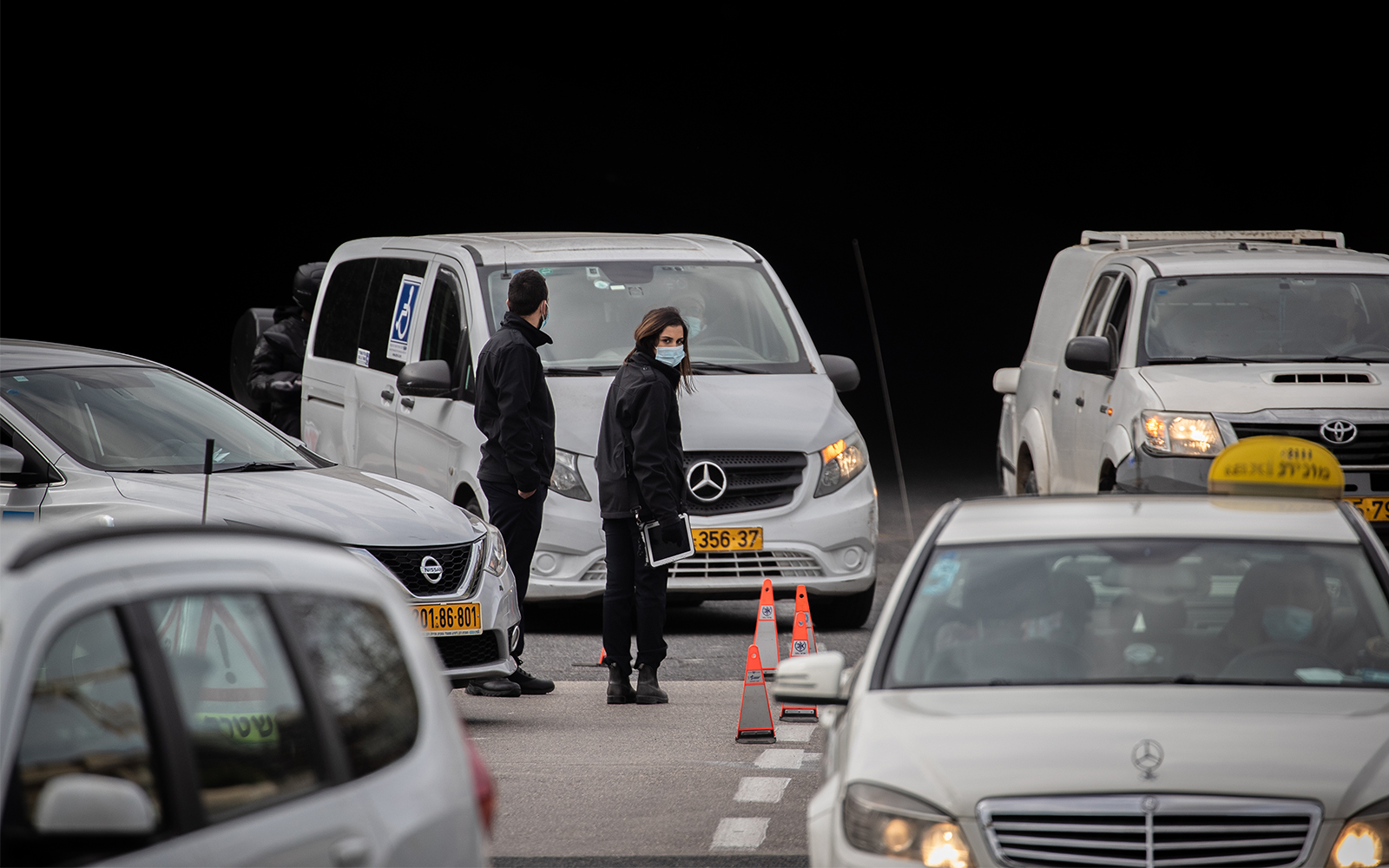 Police at a temporary roadblock in Jerusalem, January 17, 2021. (Yonatan Sindel/Flash90)

Roni Numa, the government official who oversees the pandemic response in the ultra-Orthodox community, said in a Monday press briefing that more enforcement was needed to close Haredi schools.

“If only a small part is open, if we don’t stop it, [the outbreak] will continue to grow,” he warned.

He said that 30% of infections in Israel were coming from the ultra-Orthodox community, but said that it appeared the high rate of infection was decreasing. The group constitutes around 10% of the general population.

Some 20% of virus tests are coming back positive in ultra-Orthodox areas compared to around 5% in the general population, Numa said.

Netanyahu on Monday asked Rabbi Chaim Kanievsky, a major leader of the Haredi community, to keep schools shuttered if the lockdown is extended, according to Hebrew media reports.

Netanyahu presented Kanievsky with data showing how severe the current outbreak is, and told the rabbi that the Israeli public and media were looking for ultra-Orthodox schools that were breaking violations, resulting in a widespread loss of faith in the lockdown that endangered the public.

Netanyahu delivered the message to Kanievsky through the rabbi’s nephew, the reports said. It wasn’t clear if Netanyahu and Kanievsky spoke directly.

The Haaretz daily reported Sunday that Kanievsky had authorised a number of schools to reopen, though officials close to the rabbi did not confirm that he had done so. Kanievsky had previously ordered ultra-Orthodox schools shut “for several days,” following a previous appeal from Netanyahu.

On Sunday, Defence Minister Benny Gantz, amid more and more reports of large-scale institutional violations of the lockdown rules in the ultra-Orthodox community, said that there was “no point” continuing the lockdown if enforcement is selective.

Ultra-Orthodox institutions have repeatedly flouted government decisions throughout the pandemic, with authorities doing little to enforce the rules in the Haredi public. Critics have said Netanyahu is avoiding doing so, in order not to anger his ultra-Orthodox coalition partners. 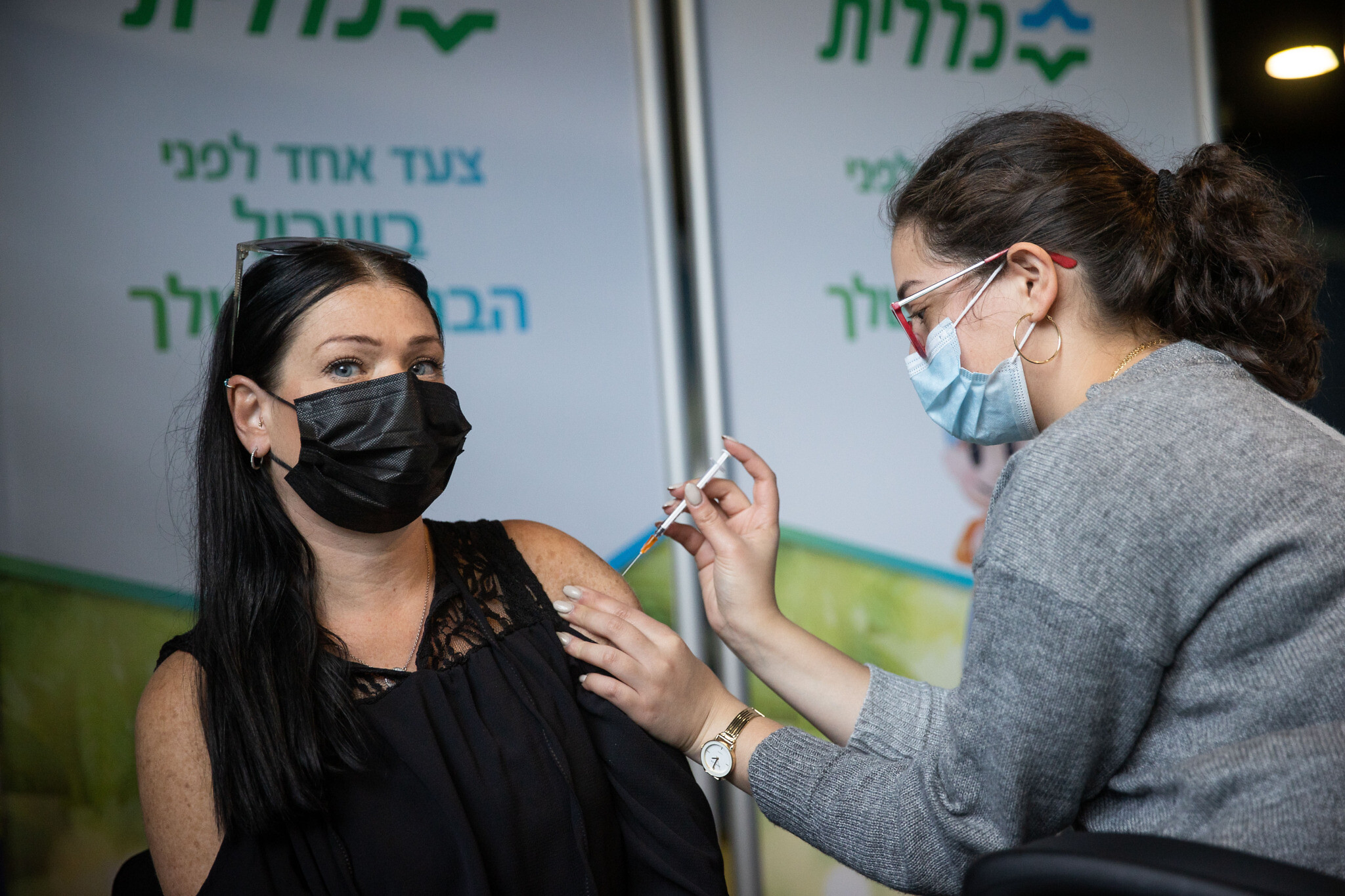 The Health Ministry on Monday said the percentage of positive coronavirus tests confirmed the previous day was 9.1%, the highest level in over two months.

Incomplete data for Monday showed that the test positivity rate had surpassed 10% for the first time in over three months. There were 7,098 new infections, bringing the total number of active cases to 81,532, and 11 new deaths, bringing the tally since the start of the pandemic to 4,040.

Ministers are reportedly divided on whether to extend the lockdown, which has shuttered nonessential businesses and the education system, but health officials have said it would need to be extended for at least a week to bring infection rates under control.

Health Ministry officials had hoped to see a drop in daily infections and serious cases, but there is no such trend at this time. More contagious virus variants — particularly the British strain — are being blamed for the difficulty in bringing down illness rates and easing the heavy load on hospitals, despite the lockdown and mass vaccinations.

Other arrivals can opt to quarantine at home — but only if they are tested upon arrival and again nine days later.