Following a decision by Israeli human rights group B’Tselem to begin referring to Israel as an “apartheid state,” Education Minister Yoav Gallant on Sunday said he was banning members of groups that “call Israel false derogatory names” from entering schools in the country.

Though Gallant’s statement did not mention B’Tselem by name, the move came a day before the left-wing group’s director Hagai El-Ad was set to attend a webinar with the Hebrew Reali School in Haifa.

In a letter to his office’s director and to school district managers, Gallant said entry should be prohibited to “groups that act in contradiction with the education system’s goals, including calling Israel false derogatory names, opposing Israel as a Jewish, Zionist and democratic state, discouraging meaningful service in the Israel Defence Forces, or acting to harm or humiliate IDF soldiers during or after their service.”

That would presumably include many human rights groups besides B’Tselem, although it was unclear if it would prevent Monday’s videoconference session.

B’Tselem last week said that while Palestinians live under different forms of Israeli control in the West Bank, Gaza Strip, East Jerusalem and within Israel itself, they have fewer rights than Jews in the entire area between the Mediterranean Sea and the Jordan River. 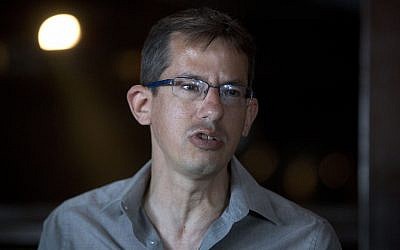 “One of the key points in our analysis is that this is a single geopolitical area ruled by one government,” said B’Tselem director Hagai El-Ad. “This is not democracy plus occupation. This is apartheid between the river and the sea.”

Israel’s leaders reject such accusations, saying that within Israel’s sovereign borders, its non-Jewish Arab minority enjoys equal rights, that it has withdrawn from the Gaza Strip to the pre-1967 lines, and that it remains open to negotiating the future of the West Bank.

Israel says the restrictions it imposes in Gaza and the West Bank are temporary measures needed for security due to repeated terror attacks emanating from those regions.

In 2018, the Knesset passed a law that empowered the education minister to ban organisations critical of the Israeli military from entering schools.

The bill was mainly aimed at curtailing the activities of Breaking the Silence, an Israeli NGO that gathers and publishes largely anonymous testimonies by former Israeli combat soldiers about alleged human rights violations against Palestinians in the West Bank. 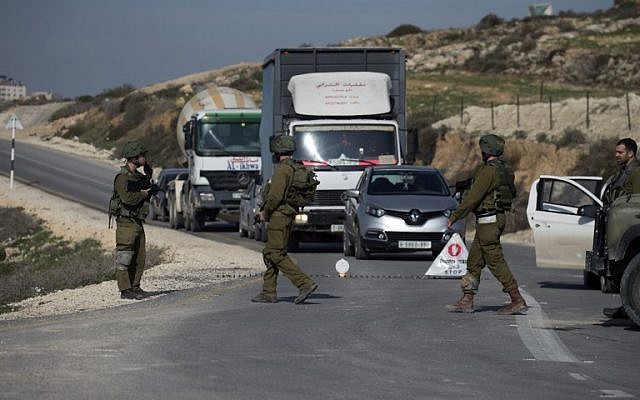 Illustrative: Israeli soldiers inspect cars at a checkpoint near the West Bank city of Nablus on January 10, 2018. (Jaafar/Ashtiyeh/AFP)

The organisation has often locked horns with the Israeli political and military brass, and its critics have denounced its reports as dishonest, inaccurate, and part of an advocacy campaign intended to harm Israel’s image overseas.

The group and its supporters say it performs a vital service in exposing to the Israeli public the realities faced by young Israeli soldiers who have to control a civilian Palestinian population on a daily basis.

In 2016, Israeli lawmakers passed into law the controversial Transparency Bill, which dramatically increases transparency requirements for fewer than two dozen Israeli NGOs — Breaking the Silence among them — that get most of their funding from foreign governments.

A Justice Ministry analysis of the legislation showed that nearly all the Israeli organisations affected by the law were groups that oppose Israel’s presence in the West Bank.

There have been no substantive peace talks in some six years. Israel’s military control of the West Bank, which critics have long warned is unsustainable, has endured for 53 years.