The huge deficit — some three times higher than that of 2019 — was expected, due to the severe economic effects of the coronavirus pandemic.

Percentage-wise, the deficit is one of the highest in the world, expected to be surpassed only by those of the US, Canada, the UK, Iceland, and Australia, the Ynet news site reported.

Despite the soaring deficit, the Finance Ministry reported that GDP only dropped by some 3.3% — a better state of affairs than had been feared.

Last week, the Bank of Israel kept its benchmark rate at an all-time low of 0.1%, saying that the fast pace of inoculation against the coronavirus pandemic “increases optimism regarding a rapid return of the economy to a path of growth in the coming year.”

The central bank said that the GDP is expected to grow by 6.3% in 2021, and the broad unemployment rate is expected to decline during the year to 7.7% of the labor force in the fourth quarter of 2021 — assuming the rapid inoculation continues. 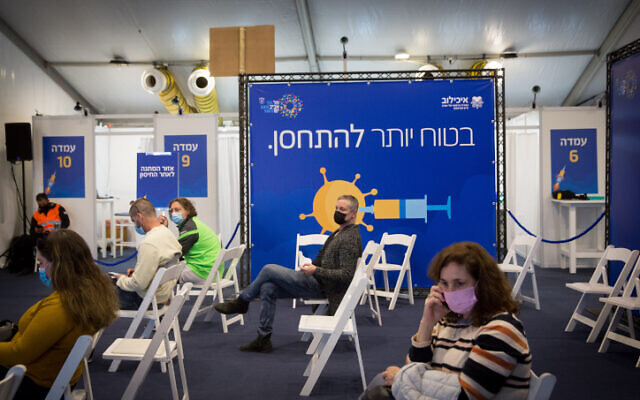 “In view of the fast pace of inoculation, it seems that, currently, the rapid inoculation scenario is significantly more likely to play out than the slow scenario,” the central bank said in a statement last week.

Israel has already given a first dose of the Pfizer-BioNTech vaccine to more than 1.5 million people, the world’s fastest pace of inoculation. Prime Minister Benjamin Netanyahu has also said all Israelis over the age of 16 could get the vaccine by the end of March.

Even so, the nation has entered its third lockdown this year, and the pandemic is continuing to spread, with 71,557 active cases in the country as of Monday evening and 6,897 new cases confirmed the previous day.

Of them, 1,065 were in serious condition — the figure surpasses 1,000 for the first time this week — including 262 on ventilators and 326 in critical condition.

According to the Health Ministry, 7.2% of tests returned positive on Sunday, the highest rate in months. The death toll stood at 3,695.