Knesset legal officials clarified Wednesday that parliament will automatically dissolve if a state budget isn’t passed by next Tuesday night — 24 hours earlier than the deadline previously assumed — as the unity government appeared set to crumble, sending Israel to its fourth round of elections within two years.

Meanwhile unnamed political sources told Channel 12 news that there were currently no contacts between Prime Minister Benjamin Netanyahu’s Likud and Defence Minister Benny Gantz’s Blue and White parties on the budget issue, with the sources assessing that the chances of preventing an election are “zero.”

The government had failed to enact the 2020 budget by an August deadline and instead passed last-minute legislation that granted another 120 days for the sparring parties to reach an agreement. Previously, December 23 — next Wednesday — was given as the final date to approve a budget. The general understanding was that the deadline would expire at midnight of that day, meaning parliament would be disbanded on Thursday.

However, Knesset legal officials clarified that the language of the extension specifies that December 23 was “defined as the determining day for the date of dispersal.”

“To avoid any doubt, it is more correct to interpret the expression regarding the date of dispersal at the beginning of December 23 and therefore the date is at midnight between Tuesday and Wednesday,” a spokesperson said. 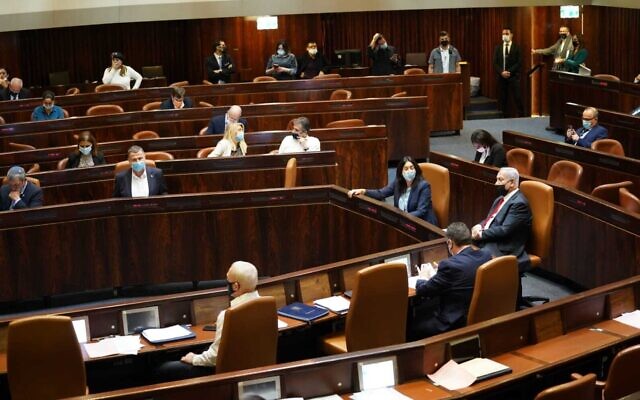 In an indication of what the future holds, Blue and White is already looking for headquarters from which to run its election campaign, Channel 12 reported.

Some efforts to stave off elections were still being made, however, Coalition chairman Likud MK Miki Zohar told Channel 12 he believed the budget deadline should again be pushed back, saying that with the time the Knesset would not manage to approve a budget even if an agreement were reached.

“First of all we need to delay the date of elections by three months and to continue to deliberate between us,” he said.

Walla reported that Likud was in contact with the Knesset’s legal adviser to look into the possibility of extending the deadline and was told that in order to secure the move legally the government, or Knesset, would have to take a step showing a true intention to pass a budget, such as approving the plan at the coming cabinet meeting.

A Blue and White source told Walla that the party was not familiar with Likud’s workaround attempt. 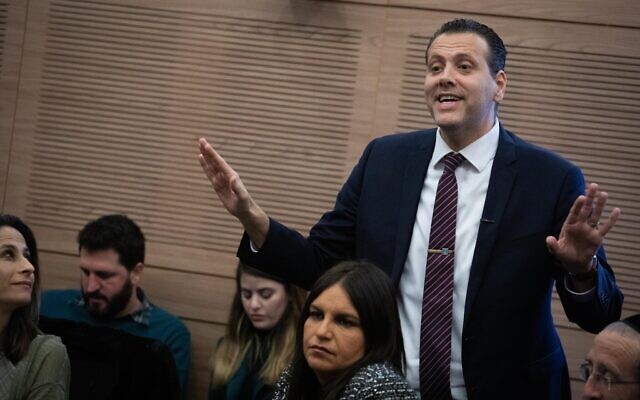 The impending dissolution of the Knesset is a direct result of the impasse over the national budget, which has long been held up by Likud in what is widely believed to be an effort to prevent Gantz from succeeding Netanyahu as prime minister, as stipulated by their power-sharing agreement.

Blue and White has been demanding that a budget be passed for 2020 and 2021 together, as the coalition deal stipulates, while Netanyahu insisted on one that only covers the rest of 2020, citing the uncertainty of the coronavirus pandemic. But the passage of a one-year budget could allow Netanyahu to kick off new elections later down the line without having to hand over the premiership to Gantz next year, as the deal says.

At any rate, failure to pass any budget by December 23 will trigger automatic elections.

Despite the apparent lack of contact between the parties, Gantz was reportedly still hoping to reach a last-ditch compromise with Netanyahu regarding the budget and the future of the government. Likud is said to be demanding that Netanyahu be given another “exit point” enabling him to dissolve the government without having to hand over the premiership, and also that Justice Minister Avi Nissenkorn be fired from his post due to his support for judicial activism. 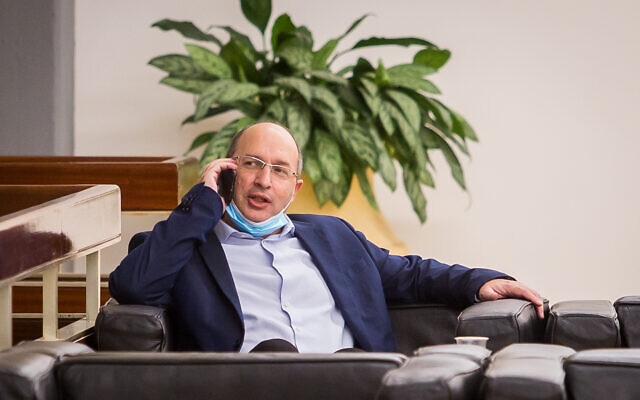 Gantz said Wednesday that he would oppose the latter demand.

At a conference hosted by the Israel Democracy Institute, Gantz said he still hoped Netanyahu “will understand that going to elections is not what Israel needs right now.” He said there wasn’t much time left and said a potential compromise would include a solution to the budget, but would not entail removing Nissenkorn from the justice minister post.

“Avi is doing a great job in the Justice Ministry,” Gantz said. “We are committed to safeguarding democracy and the justice system and so the answer is very clear.”

With elections now seen as largely unavoidable, other players on the political field have also begun manoeuvring ahead of a vote, including Gantz’s No. 2 in Blue and White, Foreign Minister Gabi Ashkenazi  who party sources have said is readying to bolt if elections are called. 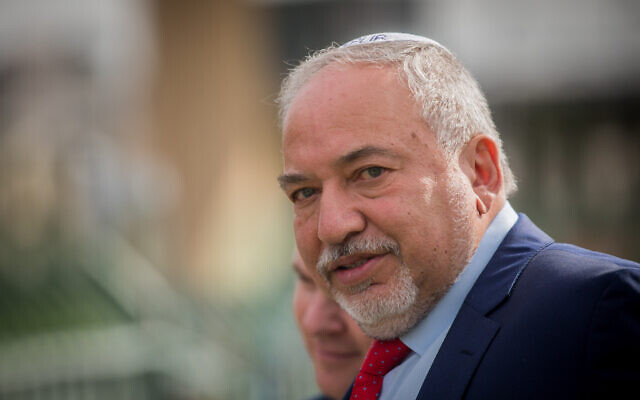 MK Avigdor Liberman, the leader of the Yisrael Beytenu party, has reportedly proposed that opposition leader Yair Lapid of the Yesh Atid party, Yamina party chief Naftali Bennett and Gideon Sa’ar, who recently broke from Likud to establish the New Hope party, all join him to form a new bloc opposing Netanyahu in the elections.

Liberman made the proposal in a letter to the three other party chiefs, according to reports Wednesday.

All four of the party leaders bitterly oppose Netanyahu, but a joint platform would be forced to accommodate the centre-left Yesh Atid, right-wing and secular Yisrael Beytenu, national-religious Yamina and centre-right New Hope.

Both Bennett and Lapid rebuffed the offer.

Bennett tweeted in response that “the order of the hour is help the 800,000 unemployed, not four politicians.”

Lapid tweeted: “We will not give up on principles for seats — we proved this more than once.”