Over 30 years after his death, the estate of Roald Dahl issued a quiet apology Saturday for the “prejudiced” anti-Semitic positions the celebrated children’s author had regularly expressed, calling them “incomprehensible.”

“The Dahl family and the Roald Dahl Story Company deeply apologise for the lasting and understandable hurt caused by some of Roald Dahl’s statements,” read a brief statement on the official Roald Dahl website that was not publicised to news outlets or Jewish groups.

“Those prejudiced remarks are incomprehensible to us and stand in marked contrast to the man we knew and to the values at the heart of Roald Dahl’s stories, which have positively impacted young people for generations,” the statement said.

In a statement to the UK’s Sunday Times on Sunday, the Dahl family explained: “Apologising for the words of a much-loved grandparent is a challenging thing to do, but made more difficult when the words are so hurtful to an entire community.

“We loved Roald, but we passionately disagree with his anti-Semitic comments,’ they added. 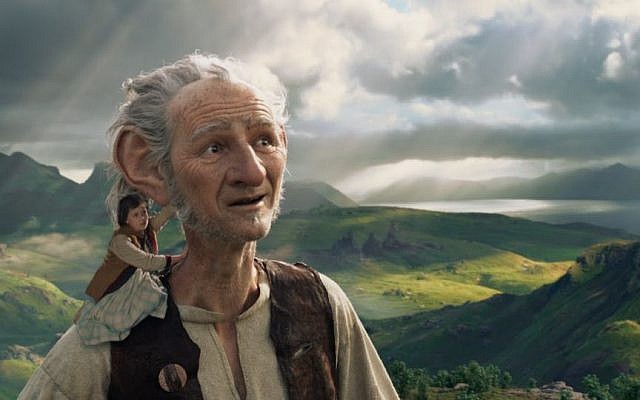 The debate over Dahl’s anti-Semitic legacy hit mainstream Hollywood in 2016 upon the release of the Steven Spielberg version of “The BFG.” At a Cannes Film Festival press conference, the Jewish director said he “wasn’t aware of any of Roald Dahl’s personal stories” before shooting “The BFG” for Walt Disney Pictures.

“I was focused on the story [Dahl] wrote,” said Spielberg, the creator of “Schindler’s List” and founder of the Shoah Foundation. “I had no idea of anything that was purportedly assigned to him, that he might have said,” Spielberg told journalists in Cannes.

Several instances in which Dahl describes himself as anti-Semitic have been reported, including a 1990 interview in UK’s The Independent a few months prior to his death.

“I’m certainly anti-Israeli and I’ve become anti-Semitic in as much as that you get a Jewish person in another country like England strongly supporting Zionism. I think they should see both sides. It’s the same old thing: we all know about Jews and the rest of it,” he said.

He also made multiple comments that included anti-Jewish racism.

“There aren’t any non-Jewish publishers anywhere, they control the media – jolly clever thing to do – that’s why the president of the United States has to sell all this stuff to Israel,” said Dahl in 1990 in response to the Lebanon War.

In an interview with the New Statesman magazine in 1983, Dahl said: “There is a trait in the Jewish character that does provoke animosity… Even a stinker like Hitler didn’t just pick on them for no reason.”