The Military Police has opened a criminal investigation into the death of a Palestinian teenager, who was reportedly shot by Israeli troops during a riot on Friday, the Israel Defence Forces said Sunday.

According to Palestinian reports, Ali Abu Aliya, 13, was shot in the stomach during a violent protest in Kafr Malik in the central West Bank against the establishment of a new settlement outpost. He was brought to a nearby hospital in critical condition, and later died of his wounds, the Palestinian Red Crescent medical service said.

“The claim that a Palestinian was killed and others injured is known to the IDF, and in light of the incident, the Military Police’s Investigatory Unit has opened an investigation. Upon completion of it, the findings will be presented to the Military Advocate General for consideration,” the IDF said in a statement.

The military initially denied using live ammunition to break up the protest, saying instead that it had only used less lethal riot dispersal weapons like rubber-tipped bullets, but later admitted that soldiers had in fact used .22-caliber Ruger rounds in Kafr Malik on Friday. 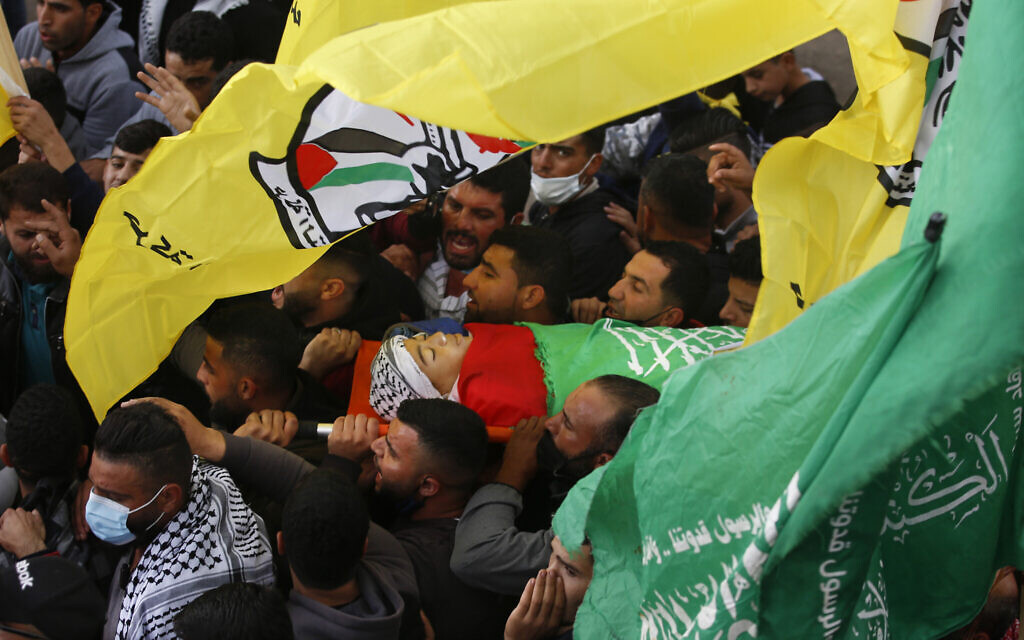 Relatives carry the body of 13-year-old Ali Abu Aliya who was reportedly shot dead by Israeli military forces during clashes with stone-throwing Palestinians, during his funeral in al-Mughayyir village near the West Bank city of Ramallah, December 5, 2020. (AP Photo/Majdi Mohammed)

Those bullets, smaller than normal ones, are often used as riot dispersal weapons as they are generally considered less lethal, though they can and have been used to kill people, especially if used incorrectly. The IDF maintained that standard live rounds were not used to break up the protest.

The Kan public broadcaster on Saturday reported that the military was investigating the possibility that the .22-caliber bullet that struck 13-year-old Abu Aliya had in fact been aimed at a different rioter, but missed its mark.

According to the IDF, during the protest in Kafr Malik, rioters threw stones at IDF troops and border guards and rolled boulders and burning tires into a nearby roadway, “threatening the lives of travellers.”

A Palestinian witness at the scene, who declined to be identified by name, told The Times of Israel that some of the demonstrators had indeed thrown stones at troops. But he denied that the Palestinians tried to roll boulders or burning tires onto passersby, calling the claim “nonsense.”

Late Friday, the top UN political envoy in the region said he was “appalled” by the killing of the teen. Israel should “swiftly” and independently “investigate this shocking and unacceptable incident,” Nikolay Mladenov wrote on Twitter. 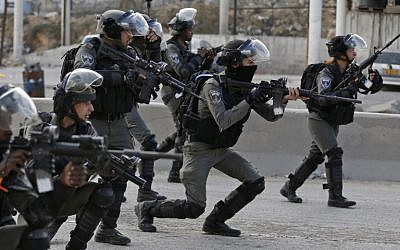 Local Palestinians have been holding weekly protests against the outpost for three weeks, Kafr Malik resident Mohammad Abu Aliya, a relative of the boy, told The Times of Israel.

Asked why a small child would be at such an event, Abu Aliya said: “When there are clashes with the army, most of the village comes, even if it’s just to watch.”

“This crime shows the ugliness of the occupation against the defenceless Palestinian people. It is the latest in a daily series of killings that cannot be tolerated,” Abbas said in a statement.

Abu Aliya was buried in his home village of al-Mughayyir on Saturday. Clashes broke out between Israeli security forces and Palestinians during his funeral.

Dozens of people threw stones toward Israeli forces and set tires aflame during the gathering. Soldiers responded with intermittent barrages of tear gas.