The Supreme Court convened Thursday morning to adjudicate what could well be the final appeal from Malka Leifer’s defence team, with its six-year effort to prevent the alleged child rapist from being extradited to Australia just about out of options.

The latest appeal is against the Jerusalem District Court’s September decision in favour of extraditing the former headmistress of Melbourne’s Adass Israel ultra-Orthodox girls’ high school back to Australia, where she is wanted on 74 charges of child sex abuse.

The 9 a.m. hearing was the 74th court date in a drawn-out saga whose delays have tested Jerusalem’s relations with Canberra. Frustration in Australia — which has registered its interest in Leifer’s swift return at the highest levels of Israel’s government — peaked last year when allegations came to light that then-deputy health minister Yaakov Litzman was pressuring state psychiatrists to diagnose Leifer, who fled to Israel in 2008, as mentally unfit to face justice. The accusations came in light of the fact that the physician assigned to the case had changed his assessment three times regarding Leifer’s mental state. Police have recommended that Litzman be indicted for his alleged conduct involving the case.

The hearing on Thursday saw Leifer’s attorneys reiterate claims made previously, including that Leifer would not receive a fair trial in Australia and that the alleged abuse was consensual, according to Dassi Erlich, one of Leifer’s accusers.

A decision is likely to be handed down in several days.

Sex abuse victims’ advocates following the case have expressed optimism that the appeal will be rejected given that the makeup of the Supreme Court panel is identical to the one that ruled against Leifer in September. 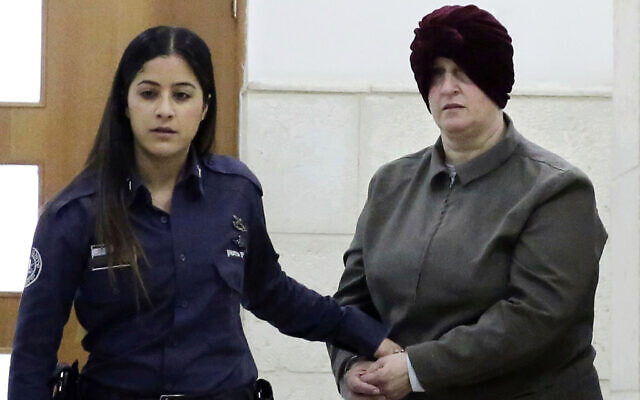 In this photo from February 27, 2018, Malka Leifer, right, is brought to a courtroom in Jerusalem. (AP Photo/Mahmoud Illean, File)

Then, justices Anat Baron, Isaac Amit, and Ofer Grosskopf unanimously rejected an appeal from the defence seeking to overturn a psychiatric panel’s determination that Leifer had been feigning mental illness to evade extradition and was in fact fit to face justice. The judges in their decision also scolded the Jerusalem District Court for allowing the legal proceedings to drag out for so long.

If the Supreme Court once again rules against the defence, Leifer’s extradition will be placed before Justice Minister Avi Nissenkorn for his signature. An official in the State Prosecutor’s Office told The Times of Israel that while the defence is technically allowed to file an appeal once more following the justice minister’s decision, it is unclear whether the Supreme Court would agree to hear the case again after having already just done so.

Once Nissenkorn signs off on the extradition, Israel will have 60 days to place Leifer on a plane to Australia.

Manny Waks, the CEO of VoiCSA, an Israel-based organisation combating child sexual abuse in the global Jewish community, said in a statement ahead of Thursday’s hearing, “It’s been clear to practically everyone following this case — including countless experts — that Leifer has taken the Israeli judicial system for a major ride. It’s time for this charade to finally end.”

Once Leifer has been returned to Australia, Waks said his organisation would “repeat our call for a full review to take place in Israel to find out why this particular case has dragged out so long and whether allegations of political interference are substantiated.” 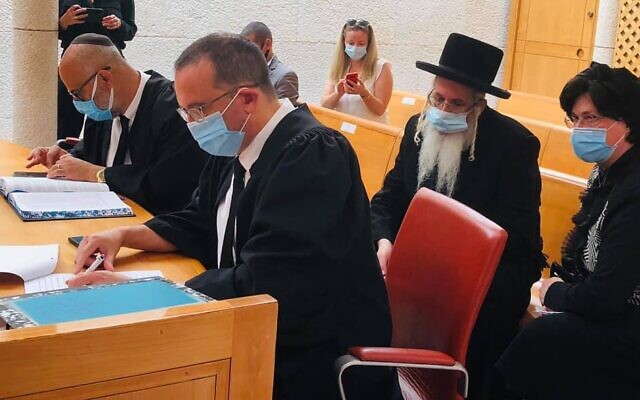 (L-R) Malka Leifer’s attorneys Yehuda Fried and Nick Kaufman wait in the Supreme Court for a hearing to start, with Leifer’s relatives sitting behind them on July 19, 2020. (Ittay Flescher/Plus61J)

Last month, two of Leifer’s lawyers who have represented her since the early years of the Sisyphean legal process, announced that they would be stepping down from the case.

Tal Gabay revealed the decision in an interview with the Globes business daily, saying the upcoming appeal was a “side issue of the long and ongoing process of questioning [Leifer’s] mental fitness.”

Gabay, who represented Leifer along with his legal partner Yehuda Fried, did not comment further on the decision.

Nick Kaufman, who defended Muammar Gaddafi’s children at the International Criminal Court, joined Leifer’s legal team earlier this year, will take over as lead attorney for a defence that has not seemed to have a problem financing such high-profile lawyers. 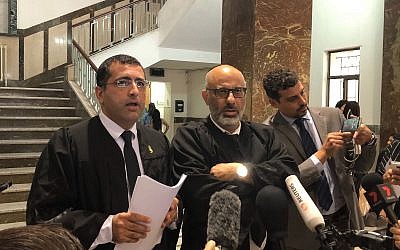 Leifer left Israel to take a job at Adass Israel in Melbourne in 2000. When allegations of sexual abuse against her began to surface eight years later, members of the school board purchased the mother of eight a plane ticket back to Israel, allowing her to escape before charges were filed.

It took until 2014 for her to be arrested as part of an Interpol operation, but hearings were postponed due to claims by Leifer’s defence team of sudden bouts of a debilitating condition. A Jerusalem court suspended proceedings in 2016, deeming her mentally unfit to stand trial. She was rearrested in 2018 after being filmed appearing to lead a fully functional life.

After over a year’s worth of additional hearings, Judge Chana Lomp concluded that the evidence regarding Leifer’s health was still inconclusive and ordered a board of psychiatric experts to determine whether the former principal had been faking mental incompetence.

Last February, the panel filed its conclusion that Leifer had been faking, leading Lomp to make the same determination last May. That ruling was followed by the judge’s September decision to green-light the extradition sought by Australia.