Prime Minister Benjamin Netanyahu’s corruption trial resumed on Sunday, with his lawyers asking the Jerusalem District Court for more case files from the investigations into the premier, a move that would likely delay the trial further.

Netanyahu’s trial on charges of fraud, breach of trust and accepting bribes opened in May. Though the prime minister attended the first hearing, he was granted an exemption from appearing at the largely procedural stages of the trial, including Sunday’s hearing.

His lawyers have repeatedly moved to delay and discredit the proceedings, filing complaints against the prosecution, alleging “criminal tactics” against them, calling for changing the indictment against the prime minister, and, on Sunday, claiming they have not received the full case files from the police and can therefore not properly prepare a defence.

The opening of the trial had been previously pushed back from March to May due to the pandemic.

“How is it possible that in such a sensitive case, there are materials that are kept from the defence?” Boaz Ben Tzur, a lawyer for Netanyahu, argued Sunday, claiming that the prosecution was keeping key information from the defense that was gathered during the investigations.

Due to coronavirus limitations, only three attorneys per defendant were allowed in the courtroom Sunday. Journalists were kept out of the room but were given access to a media screening in an adjacent courtroom. 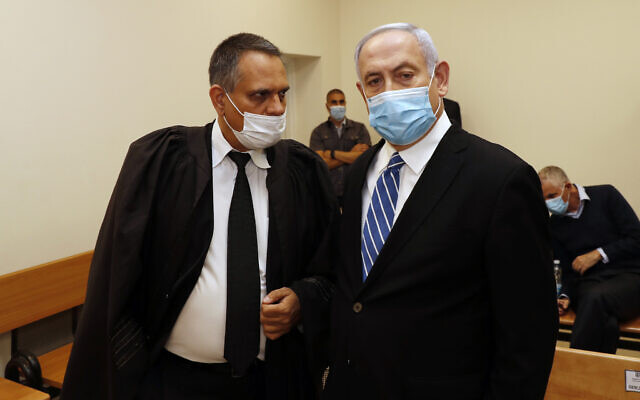 Prime Minister Benjamin Netanyahu (R) with attorney Micha Fettman (L) inside the courtroom as his corruption trial opens at the Jerusalem District Court, May 24, 2020 (Ronen Zvulun/ Pool Photo via AP)

The accusations against the prime minister include accepting some $200,000 in gifts such as cigars and champagne from two billionaires, Hollywood-based Israeli movie mogul Arnon Milchan and Australian magnate James Packer. Netanyahu is also accused of offering to push legislation benefiting powerful Israeli media moguls in exchange for more positive coverage in their publications.

Netanyahu denies any wrongdoing and has railed against the courts, prosecution, and media for what he terms a “witch hunt.”

Sunday’s hearing came after Netanyahu’s attorneys submitted a request last week for prosecutors to alter the indictment against him, in a move that could further delay the trial. In their letter submitted to the Jerusalem District Court, lawyers Ben Tzur and Amit Hadad argued that the charge sheet was riddled with errors, which resulted from “flawed and biased investigative procedure.”

They added that the indictment sought to attribute to the prime minister alleged misconduct committed by his wife Sara and son Yair. The indictment created “an artificial melding between [Netanyahu’s] actions and his wife’s actions regarding the receiving of gifts, without distinguishing between them,” the lawyers write in reference to Case 1000. 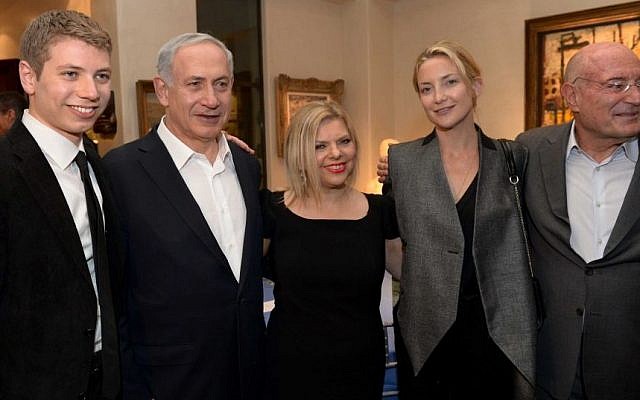 Yair Netanyahu has spent time at Packer’s apartment in the Royal Beach Hotel in Tel Aviv, including reportedly after a night out partying at a strip club, during which he was recorded by his driver making disparaging comments about women. Milchan reportedly covered the cost of California acting classes for the premier’s son.

According to the indictment against the premier in the so-called Case 1000, Packer and Milchan provided Sara Netanyahu with thousands of dollars’ worth of champagne “in a continuous manner, some of which came as a result of requests and demands, inter alia, through deliveries, even when Mr. Milchan and Mr. Packer were outside of Israel, such that they became a sort of ‘supply channel.’”

The defence claimed in its Wednesday letter that “the list of flaws and improper matters [in the indictment] is not accidental” and that “at the appropriate timing” they will file a request to have the charge sheet tossed.

In a statement responding to the letter, the State Prosecutor’s Office said a request to alter the indictment cannot be made until the preliminary evidence phase, and that when a date is set for that hearing, it will respond to the allegations in turn.

Netanyahu’s criminal trial is slated to reconvene on December 6 for the presentation of evidence, but because that session relies on the indictment, altering the charge sheet would likely lead to a delay of that hearing. 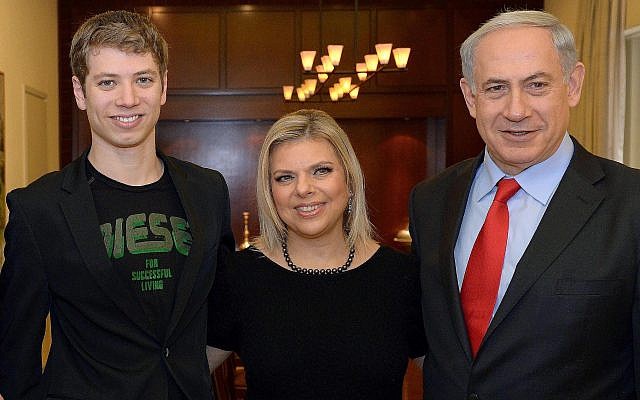 The prosecution has requested that the hearings in the evidence phase start with Case 4000 — considered the most serious of the three — in which the premier is accused of approving regulatory moves benefiting Shaul Elovitch, the controlling shareholder of Bezeq telecom.

According to the indictment, Netanyahu received positive news coverage from the Elovitch-owned Walla news site as a bribe for the moves. The prime minister also stands accused of fraud and breach of trust in Case 4000.

In case 2000, he is accused of attempting to reach a quid pro quo with Yedioth Ahronoth publisher Arnon Mozes for positive media coverage.

Netanyahu will be in attendance for the final stage of preliminary arguments in December. After that, the trial is set to speed up in January with the start of witness testimony, with hearings to be held three times a week.