The Environmental Protection Ministry announced Sunday that it was fining the natural gas owner and operator Noble Energy-Chevron NIS 3.78 million ($1.12 million) for violating its permit on discharges into the sea.

“Chevron should learn the lessons of Noble Energy’s blatant violation,” Environment Minister Gila Gamliel said in a statement, addressing herself to the American multinational, which acquired Noble Energy Mediterranean Ltd. in October. “We will not allow huge companies to endanger the public. The policy is clear — the polluter pays.”

The fine refers to discharges from the Leviathan gas platform, located 9.7 kilometres (six miles) from the Dor Beach, north of Caesarea, which began partial operation in December after receiving a government permit that detailed what it could flush out to sea.

According to the ministry, checks subsequently carried out by its marine unit found that Noble Energy had violated several of the permit’s conditions “already in the first months of operation.” These included failures to report to ministry inspectors and “deviations from the criteria set for waste discharge into the sea.” 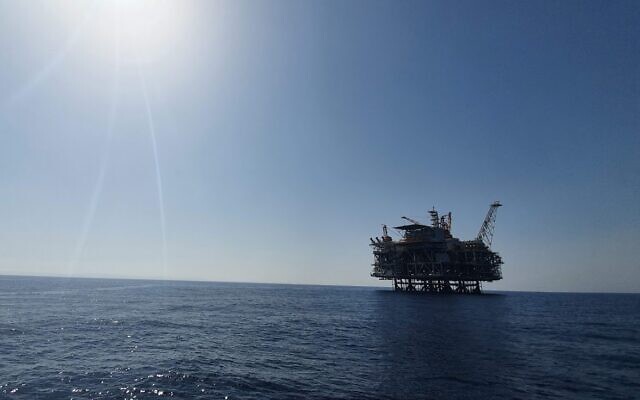 The decision to fine the company was reached after a hearing was held with senior Noble Energy staff.

Noble Energy, which also operates the Tamar gas platform, had found itself in the ministry’s crosshairs on several occasions.

In August, the company was slammed by a British firm hired by the ministry to probe malfunctions on the Leviathan rig, after more than 30 breakdowns during the first five months of the rig’s commercial operation, which began on January 1. The firm, RPS, said in its report not only that the platform fell short on safety assessments and verification, incident investigation and reporting, but that platform personnel had failed to grasp the seriousness of a gas leak on May 2 which, if it had ignited, could have caused “large loss of life.” 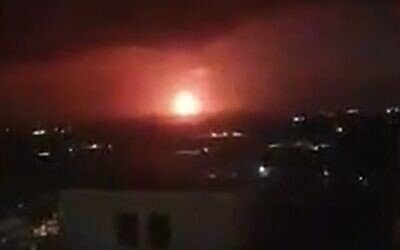 In May, the ministry announced that it was opening enforcement proceedings against Noble Energy for violating the terms of its air emissions permit. It lambasted Noble Energy for having failed to connect a system that constantly monitors pollutant emissions from the flare stacks and sends video footage to a national database. The database enables the ministry to keep track of pollutant release continuously and in real time.

In December, the ministry ordered Noble Energy to postpone a planned test of the rig, saying that the company had failed to meet the necessary criteria for the procedure.

The marine environmental protection organisation Zalul on Sunday praised the ministry for “a significant first enforcement step against Noble Energy for the marine pollution it has caused.

“The State of Israel operates gas and oil drilling without sufficient supervision and enforcement and without laws to protect the sea or humans,” it said in a statement. “Polluting the sea and violating the conditions of the discharge permit are a matter of sheer audacity and [reflect] a system which no doubt built on the knowledge that there is usually no disciplinary enforcement.”