The Top 25 Women Leaders In Cybersecurity Of 2020

7 of the top 25 Women Leaders in Cybersecurity in 2020, announced via The Software Report, are Israeli. Hundreds of exceptional women were nominated in this year’s process. They evaluated each nominee based on a series of questions on the candidate’s leadership and professional capabilities.

The Software Report also conducted candidate evaluation based on company competitiveness within the broader cybersecurity industry and how the individual compared to the most exceptional executives.

We looked for demonstrated cybersecurity expertise, longevity in the industry, career progression and current position among other factors.

Below are the Israeli’s who were listed in the top 25. 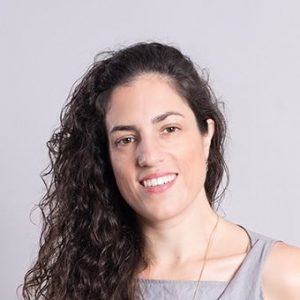 As Vice-President of R&D at SafeBreach and General Manager of SafeBreach Israel, Yael Ben Arie spearheads the company’s product development for a category-defining cybersecurity platform that runs thousands of breach and attack methods, running at scale across multiple clouds and OSs to help enterprises improve their security posture and reduce their business risk. Previously she led the cyber security, data, machine-learning and cloud security research teams at Trusteer (IBM). Her focus at IBM/Trusteer was stopping sophisticated cyber threats against global banks, and helping banks combat online fraud. Prior to her business career, Yael, a trained military pilot, served in the Israeli Air Force as Operations Officer in a combat squadron. Known for her expertise in cyber security, complex cloud applications, big data and machine learning, she is a frequent speaker at industry conferences. Yael is also an advisor to the leadership of the “she codes” community where she mentors young women in IT. She holds a B.S. in Computer Science and Math with honors from Hebrew University. 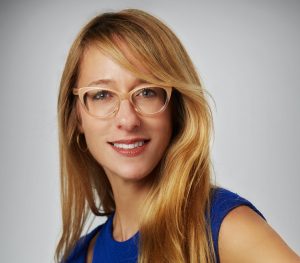 Sagit Manor is the Chief Executive Officer at Nyotron, a cybersecurity company that doesn’t study past attacks or the behavior of hackers. This unorthodox approach is what attracted Manor to the company in the first place. Following a decade of working in business, Manor’s life changed with a meeting with former Israeli ethical hacker, Nir Gaist, who introduced her to PARANOID. It was a disruptive system that turned every other principle of cybersecurity upside down by positing that “stopping threats has [nothing] to do with knowing them.” Manor mirrors the company’s enthusiasm and trust in their unconventional yet revolutionary process. While her background is in finance and the payment industry, since joining the cybersecurity company in 2017, Manor has made her mark by partnering with Ingram Micro, which led to the tech giant investing $10 million in Nyotron. Before Nyotron, Manor held roles at Ernst & Young, as the chief financial officer at Lipman and as the vice president and chief financial officer at Verifone. Sagit also led an IPO at NASDAQ, as well as several strategic acquisitions. 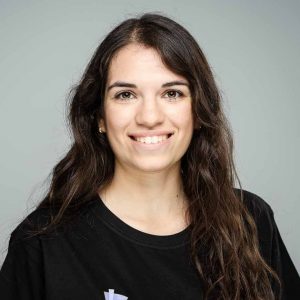 As a top security researcher at Pcysys, Yuval Lazar leads the Israeli startup’s research and development in the fight against malicious hackers. Founded in 2015 and headquartered in Petah Tikva, the company developed an agentless and fully automated network penetration testing platform that assesses and reduces corporate cybersecurity risk. For the last two-and-a-half years Pcysys has relied on Lazar to discover dynamic vulnerabilities, learn how they can be exploited in a live enterprise network as well as undertake the incredibly complex task of automating known intrusion techniques used by red teams and attack campaigns without damaging operational workflows. Lazar’s expertise originates from the four years she spent in the Israel Defense Forces. She was recruited to the top intelligence unit, 8200, where she began as an intelligence analyst before spearheading cyber operations vital to Israeli security as a network security researcher. It isn’t just Lazar’s affinity for being a team player that makes her an accomplished thought leader but her ability to go the extra mile. Determined to play a key role in balancing the gender-disparity in tech, Lazar dedicates her free time to teach young girls about cybersecurity and computer science. 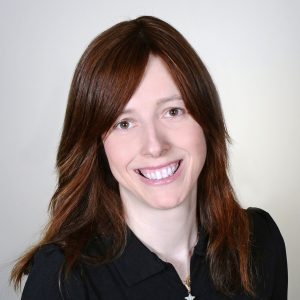 Seasoned cybersecurity executive, Ola Sergatchov joined Guardicore as Vice President of Corporate Strategy two years ago. Here, she leads the company’s corporate strategy and go-to-market initiatives to drive growth on a global scale. With over 18 years of experience in the industry, Ola has a unique mix of technical skills, strategic experience, and an understanding of the services industry. Notably, she’s the company’s first female executive leader. Headquartered in Tel Aviv, Guardicore is a data center and cloud security company that protects organizations’ core assets using flexible, quickly deployed, and easy to understand micro-segmentation controls. Ola has a proven track record of executing business and product strategy for large enterprises as well as emerging technology start-ups. Prior to Guardicore, Ola was at IBM as the global portfolio strategy director, where she successfully led the brand and go-to-market strategies for the Threat-Aware Identity and Access Management offerings. Before Guardicore, she worked at Oracle, Secerno, Ness Technologies, Matrix, and Itemfield. Ola has also delivered industry analysts briefings and research papers, working with Gartner, Forrester, IDC, and KuppingerCole analyst firms. In her spare time she gives piano concerts and music classes to assisted living communities and schools. 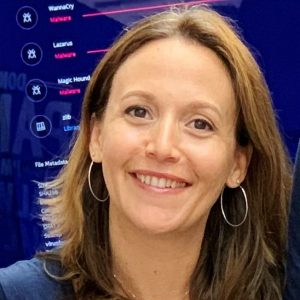 With over 20 years of experience, Nadia Malinoff-Kan has run the gamut from entry-level roles to becoming the Chief Operating Officer at leading cybersecurity startup, Intezer. She began her career in the tech sector at Checkpoint, in a position where she retrieved faxes, entered orders, and carried out admin duties but it was her goal to make it into operations and project management. After eight years at the company and achieving her goal of becoming the order processing team leader, Nadia moved on to Sentrigo (acquired by McAfee). From here, she worked at McAfee, Cyvera, Palo Alto Networks, and Verint before joining Intezer in 2018. Headquartered in New York, the Israel cybersecurity company has a unique approach to malware detection. With its Genetic Malware Analysis technology, it’s set to revolutionize cyber threat detection and response. She balances her career with being a mentor at Gvahim. This non-profit organization provides highly-skilled immigrants and returning citizens with the tools to build a successful career in Israel. Nadia enjoys working in a startup environment and encourages others to find a working environment where they can thrive, too. 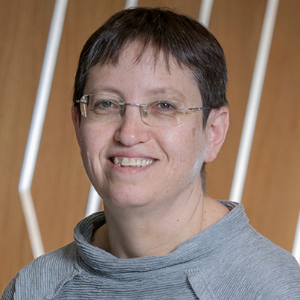 Dr. Dorit Dor is the Vice President of Products at Check Point, a leading provider of cybersecurity solutions to corporate enterprises and governments globally. She manages all product definition and development functions for both the enterprise and consumer divisions of the Company. Since joining the Company over 23 years ago in 1995, Dr. Dor has served in several pivotal roles in Check Point’s R&D organization and has been instrumental to the organization’s growth managing many successful product releases. She holds a Ph.D. and master’s degree in computer science from Tel-Aviv University, in addition to graduating cum laude for her bachelor’s degree. She has been published in several influential scientific journals for her research on graph decomposition, median selection and geometric pattern matching in d-dimensional space. In 1993, she won the Israel National Defense Prize. 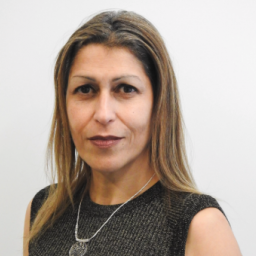 Sigalit Shavit is the Global Chief Information Technology Officer at CyberArk, a cybersecurity company founded in 1999 serving more than 4,400 global businesses. Sigalit is responsible for providing and managing the information technology and security infrastructure that enables CyberArk’s business objectives. She brings more than 26 years of executive and IT inter-disciplinary experience to CyberArk – demonstrating an innate ability to tightly align the technology roadmaps of IT organizations with business objectives. Previously, Sigalit served as Global CIO and Head of DevOps at ECI Telecom Ltd. And before ECI, she served as Vice President and CIO of FedEx, Israel. Sigalit earned a bachelor’s degree in Industrial Engineering and Information Systems from the Technion – Israel Institute of Technology.