Daughter Of Lebanese President Says Open To Peace With Israel, Under Conditions

The daughter of Lebanese President Michel Aoun is drawing outrage in Lebanon this week for backing the idea of peace with Israel, albeit with significant caveats.

Claudine Aoun, a well-known Lebanese public figure in her own right, first remarked on the subject last month and has since repeated her comments on national television several times. She tweeted about the issue again on Sunday in comments widely shared and critiqued in Lebanon.

“Before talking about peace, we must demarcate the borders and solve the problems related to our land,” she wrote on September 24, referring to a dispute over the maritime border between the countries, which is currently being negotiated with Israel via indirect US-brokered talks, and several minor land disputes.

“Then I support adopting a defence strategy that would defend ourselves when we are attacked,” Aoun added. “We all support the principle of peace and I hope to visit Jerusalem, but not before all problems are solved.”

In Sunday’s tweet, Aoun added that the Palestinian refugee issue would have to also be solved — one of the core problems of the Israeli-Palestinian conflict, which is only likely to be resolved as part of a general peace agreement between the two sides.

“Once these problems are solved, I would not object to the prospect of a peace agreement between the Lebanese state and Israel,” she said.

Her comments on Israel have received fierce responses on Lebanese social media, with some users accusing her of being a “traitor.” Monday’s comments received similar responses. 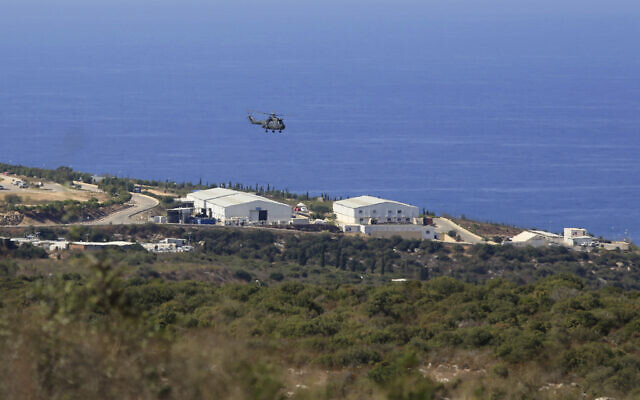 A helicopter flies over a base of the UN peacekeeping force, in the town of Naqoura, Lebanon, October 14, 2020, during the first round of talks between Lebanese and Israeli delegations on the. (AP/Bilal Hussein)

Lebanon and Israel, still technically at war, held unprecedented talks under UN and US auspices earlier this month to settle the maritime border dispute and clear the way for oil and gas exploration.

The talks, held at a UN peacekeeping force base in the Lebanese border town of Naqura, lasted for around one hour and came weeks after Bahrain and the United Arab Emirates became the first Arab states to establish relations with Israel since Egypt in 1979 and Jordan in 1994.

A second round of negotiations will be held on October 28.

Lebanon insists that the negotiations are purely technical and do not involve any soft political normalisation with Israel.

Israel has also downplayed the significance of the talks, but Prime Minister Benjamin Netanyahu said on October 15 that the contacts might eventually lead to a peace deal. 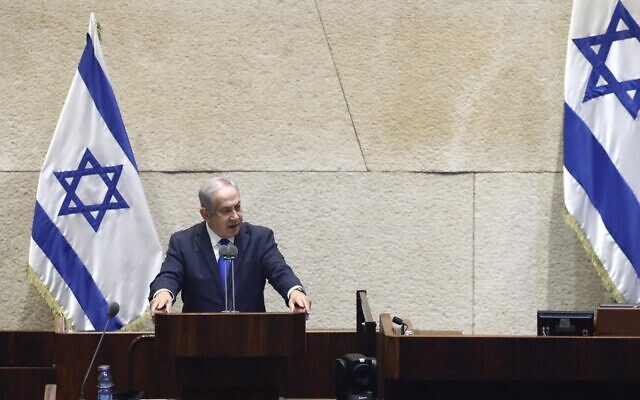 In a Knesset debate, he acknowledged that as long as the Hezbollah terror group “effectively controls Lebanon, there can be no real peace with this country.” But he then said that the maritime talks, the first negotiations between the countries in 30 years, carry “enormous potential and economic significance, both for them and for us.

“I call on the Lebanese government to continue to complete these talks to demarcate the maritime border, and perhaps this will mark the first step toward another day that will come, in the future, [where we] achieve true peace,” Netanyahu said.