A flight lauded as the first commercial shuttle from the United Arab Emirates to Israel landed at Ben-Gurion airport Monday morning, a hopeful fruit of the normalisation agreement signed between the nations.

Etihad Airways Flight EY9607 landed outside Tel Aviv just after 7 a.m. and the Boeing 787 Dreamliner departed for Abu Dhabi later Monday with an Israeli travel and tourism delegation on board, according to an Etihad statement.

Tickets between Tel Aviv and Abu Dhabi have not yet been made available to the general public.

The flight came a day after the two nations agreed to enable 28 weekly direct flights, following the normalisation agreement between the countries signed last month, and the day before an Emirati delegation is scheduled to make a first official trip to Israel. 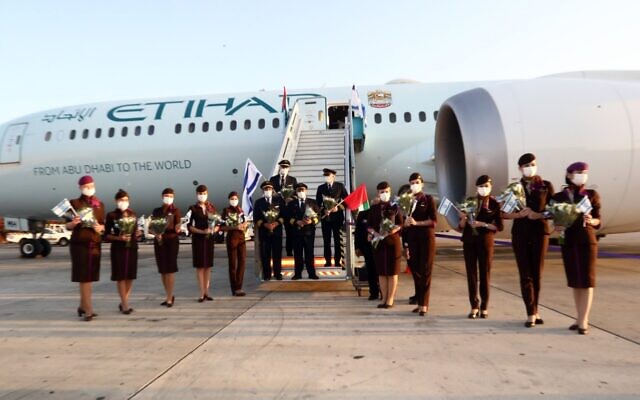 The Dreamliner plane displayed Israeli and UAE flags as it taxied through the airfield.

It is not the first time an Etihad plane landed in Ben Gurion – two cargo flights carrying coronavirus aid for Palestinians flew directly from the UAE to Israel earlier this year, before the two countries agreed to normalise diplomatic ties.

An El Al flight carrying diplomats and journalists from Tel Aviv to Abu Dhabi in August was also lauded as the first commercial flight between the nations.

The new aviation agreement, to be signed by Prime Minister Benjamin Netanyahu on Tuesday at Ben Gurion Airport, will enable 10 weekly cargo flights, while charter flights between the UAE and Israel’s Ramon Airport, near Eilat, will be unlimited.

Media reports had indicated the flights were set to begin within weeks.

Last week, an Israeli official said direct flights would be postponed until January because of the coronavirus. An explanation for the contradiction in the reports was not immediately clear. 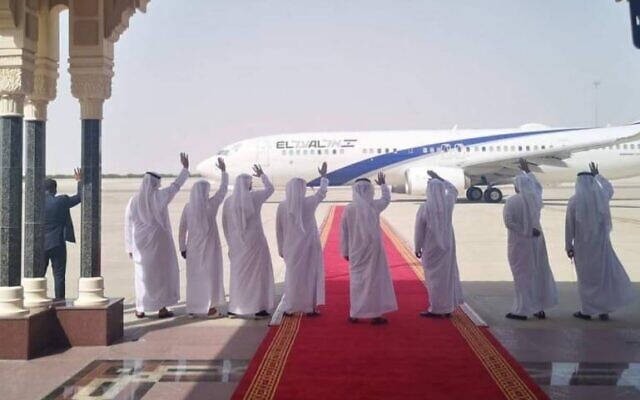 The message, “Welcome from Abu Dhabi,” greets users as they enter the website, with different sections on safety protocols and other destinations offered by the airline also appearing in Hebrew.

Local authorities in Abu Dhabi have instructed all hotels in the city to prepare kosher food options ahead of the expected influx of tourists from Israel.

Agencies contributed to this report.