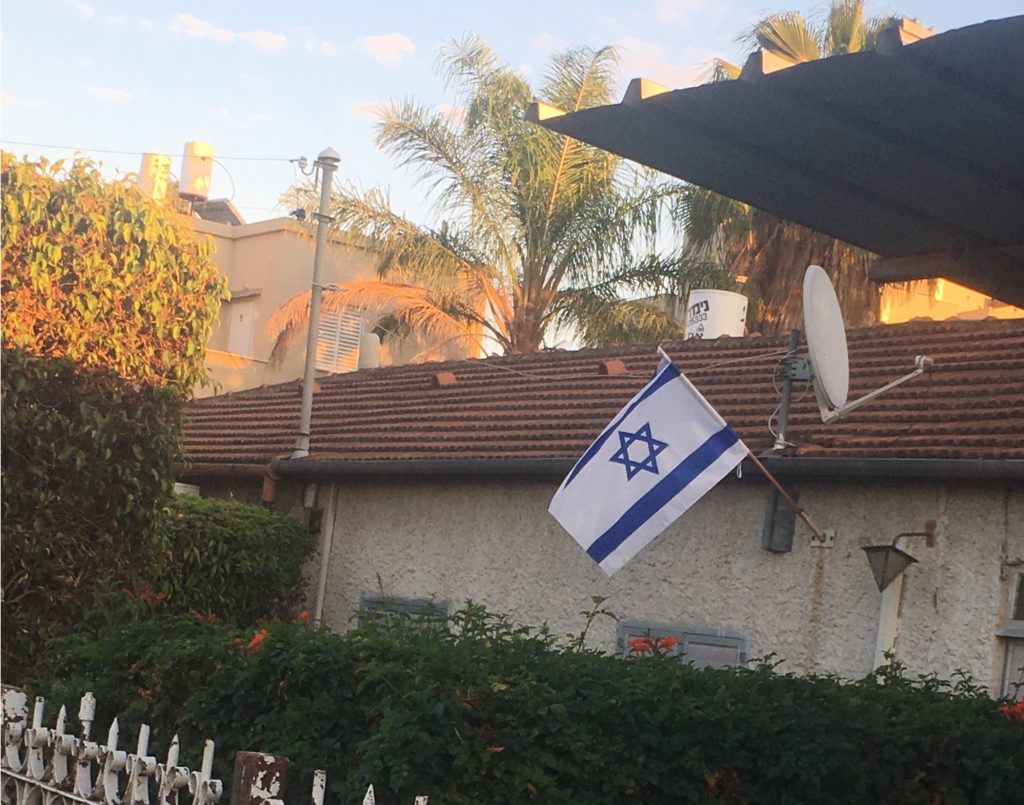 I have just returned from over a month in Israel with my family over the Jewish Holidays. In my head, I had been planning to write a piece about some reflections I had relating to Israel, Theordore Herzl and whether the Zionist dream had been fulfilled.
Whenever we visit Israel and walk through some parts of Tel Aviv, we joke about whether this or that place was not part of Herzl’s dream. The dilapidated buildings, the haphazard power lines, the graffiti, the litter – they all simply do not fit in to what we imagine Israel to be when dreaming about it from the Diaspora.
The reality of course, is that there is so much more to Israel than battered buildings, and in so many ways, Israel is everything that Theordore Herzl and others would have dreamed about and so much more.
I was also thinking about the human aspects of life in the country like being screamed at while in line at the local pharmacy or when it took me 0.01 of a nanosecond to get my car into gear as the traffic light turned green only be to drowned out by the sound of angry car horns.
My line of thought was that despite these things, or perhaps because of them, Israel is a beautiful country of which there is so much to be proud. Putting aside the natural beauty of the Golan Heights, the wonder of the Dead Sea, the blooming and innovative Arava, Israelis are always the first to put their hands up and assist in the face of a disaster, and they are leaps and bounds ahead of the world when it comes to technology and progress.
To be certain, Israel has it faults as every country does but despite them, Israel is a thriving nation built on the hopes and dreams of many while living in a tough and troubled neighbourhood. No country exists within its own bubble, and leaving aside security threats from Gaza and beyond the borders of Lebanon and Syria to Iran and terror on its streets, Israel is constantly facing harsh and critical opposition far beyond any fair measure whether through some parts of a hostile media, from organs of the United Nations or from those seeking to delegitimise and destroy her such as supporters of the vile BDS movement.
One story that came through some of the news services last week reminded me both of the struggles Israelis must face on a day to day basis and of their ability to triumph regardless of the circumstances.
A Grand Slam judo tournament under the auspices of the International Judo Federation is currently taking place in Abu Dhabi, which as we all know is no friend of the Jewish State. So while Israel was permitted to compete, it was to the everlasting shame of the host country, the international organising body and indeed that of all of the international competitors on hand that the team could not do so with any identifying Israeli flags or symbols.
The fact that the organisers and host country are permitted to do this by the international governing body of the sport is outrageous in itself. One country and one people being discriminated against in such a way should have been enough for someone somewhere to say that this is not how it should work and to ban the UEA from even participating let alone from hosting such a bigoted display.
The tournament did go ahead and to the dismay of the racist home nation, Israel’s judokas performed brilliantly winning gold and bronze medals. At last count, it sat sixth on the official leader board of nations taking part but only under the strange appellation of “IJF“.
Israeli Tal Flicker won the gold medal in his category and, after his victory, he stood on the podium with the IJF flag raised above him in place of that of Israel to the surreal sounds of the anthem of the IJF.
Flicker rose above the sham and the farce of the occasion by singing the Hatikvahon his own saying later that he made the decision to sing the moment he won gold, “Israel is my country, and I’m proud to be Israeli… The anthem that they played of the world federation was just background noise. I was singing ‘Hatikvah’ from my heart.” He added, “I’m proud of my country. The whole world knows that we’re from Israel, knows who we represent. The fact that they hid our flag, it’s just a patch on our flag.”
Just as shameful were the petulant behaviours of those competitors from the Arab and Muslim world who refused to shake hands with Israeli opponents in the traditional way after their events, but rather, scurried away from outstretched arms, perhaps a metaphor as to why the Israel/Arab conflict is so intractable and why some simply run away from attempting a peaceful solution.
A belated and limp apology for the failure to shake hands (but not about the name, flag and anthem) has now been issued by a representative of the UAE, yet still nothing from the competitors or the IJF.
Why did the Israeli team travel to Abu Dhabi knowing it could not compete as Israelis? The team are professional sportspeople who need to be constantly competing in order to maintain their ranking in the world. By not showing up at a tournament can mean losing costly points for them. Why should they be penalised because the host country will not accept them? There is no reason why the Israeli judokas should be punished because of a country which refuses to play by the rules and the world federation that spinelessly refuses to enforce them.
In his 1896 pamphlet “The Jewish State” Herzl concluded:
“Therefore I believe that a wondrous generation of Jews will spring into existence. The Maccabeans will rise again.

Let me repeat once more my opening words: The Jews who wish for a State will have it. We shall live at last as free men on our own soil, and die peacefully in our own homes.

The world will be freed by our liberty, enriched by our wealth, magnified by our greatness.

And whatever we attempt there to accomplish for our own welfare, will react powerfully and beneficially for the good of humanity.”

We did not hear the Hatikvah in Abu Dhabi and who knows when we will, given the silence of the world and the media at such a blatant act of discrimination against athletes on religious and ethnic basis.
American President Abraham Lincoln once said that “To sin by silence, when we should protest, makes cowards out of men.”
Despite all of the obstacles that evil people throw up against Israelis and the Jewish people and despite the world’s cowardly silence in the face of such evil, we will continue to show up and give our best and, in doing this, whether we win gold, silver, bronze or return empty-handed, we will have triumphed.
Endnote: As I was drafting this piece on Friday morning, I was informed that my good friend and colleague Johnny Baker had just passed away. There is no way I could pen a piece about Zionism without mentioning a man that played a role in my own Zionism.
Professionally, Johnny held many communal positions including the President of the State Zionist Council of Victoria, Mount Scopus Memorial College and Friends of Yad Vashem. I have known Johnny my whole life and we worked together in his most recent role where he was President of Ameinu and one of my personal highlights was being on the same team many years ago at a Zionism Victoria debate about settlements (on that evening we debated under an Israeli flag).
I so appreciated the times we got together over a 3/4 frothy latte where I could have listened to him talk for hours about Israel and the state of the world.
Most recently, during his illness, we would meet in his study, which had me in awe. I would listen to stories about the years he lived in Israel, going to protests with his wife Anita and two small children on their shoulders.
It was a pleasure and a privilege to call him my friend and the world, including the Zionist world, is a little poorer without him in it. I am forever grateful for the lessons I learned from him.
My deepest condolences go out to his wife Anita, his children Timnah, Nadav & Nicola, Mayan, Gilad & Shani, and Karni, his gorgeous grandchildren Rudy and Addy, his parents Genia and Yosl and his brother Mark.
May his memory be forever blessed.
יהי זכרו ברוך
Emily Gian is the Media & Advocacy Director for the Zionist Federation of Australia.