We Need to Talk About Gaza 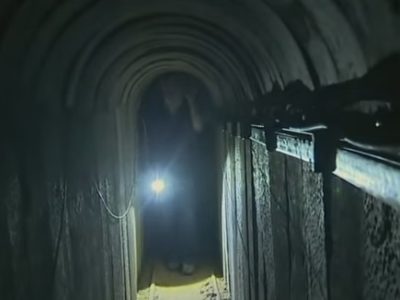 We need to talk about Gaza

Some events of note have happened in Gaza in the last week or so, not necessarily related, but they make up a part of a bigger problem, one that is not being sufficiently aired and dealt with in the public domain.

I will move chronologically.

The first event was the discovery of a tunnel underneath two schools in the Maghazi refugee camp in the Gaza Strip. The discovery was made by the United Nations Relief Works Agency (UNRWA), a UN body which was set up to assist Palestinian refugees.

UNRWA Spokesman, Christopher Gunness, released a statement condemning the existence of the tunnels but adding that the tunnel under the schools “has no entry or exit points on the premises nor is it connected to the schools or other buildings in any way”.

This should not in any way strip Hamas, or the UNRWA, of any responsibility in the situation. The fact that such tunnels do not open up into schools does not remove the students from being in harm’s way. The digging of such tunnels and their placement in sensitive areas such as schools, hospitals and mosques is a well-known device used by the terrorist groups of Gaza and constitutes nothing less than the cynical use by them of their own people as human shields.

For its part, Hamas denied the allegations and even had the nerve to strongly condemn the UN for the revelation, saying that by exposing the tunnels, Israel would be able to exploit them to “justify their crimes”. Sounds a lot like someone is justifying their own crimes here, no?

And to UNRWA, one has to ask how can these tunnels be built directly under the schools – at a depth of only 2-3 metres by their own admission – without raising any sort of suspicion? It simply is not possible for the terror-tunnel building machine to work so quickly and quietly.

Yesterday in a cabinet meeting, PM Benjamin Netanyahu said, “in various UNRWA institutions there is a lot of incitement against Israel and therefore the existence of UNRWA – and unfortunately its work from time to time – perpetuates the Palestinian refugee problem rather than solve it… Therefore, the time has come to dismantle UNRWA and merge its components with the [UN] High Commissioner for Refugees.” It should be pointed out again that at the present time there is one body that deals with Palestinians and another body, which Netanyahu was referring to, which deals with refugees from the rest of the world.

Referring specifically to the tunnels, he said, “Hamas is using school children as human shields, and that is the enemy we have been fighting for years; an enemy that commits two-fold war crimes… on the one hand, [Hamas] intentionally attacks innocent civilians all the while hiding behind children”.

Meanwhile Israel’s Ambassador to the UN Danny Danon wrote a letter to the UN Secretary General Antonio Guterres stating that “this latest finding verifies once again that Hamas’s cruelty knows no limits, including endangering centres of learning and education, and using children as human shields. This latest abuse is not only a flagrant misuse of UN premises and civilian infrastructure, but more important, is a direct threat to the safety and security of children… despite the repeated efforts of my delegation, our reports of Hamas’s military build-up and use of children in military campaigns have fallen on deaf ears.”

Bizarrely, a spokesman for the Secretary General responded with a mealy-mouthed statement condemning recent criticism of UNRWA while ignoring the reasons why Netanyahu and Danon have been critical. This shooting of the messenger is hardly the way to deal with such a vexed issue and sounds more like a case of political point scoring than protecting the people under its care.

It made one wonder whether there anything that a terrorist organisation like Hamas can do before attracting censure from international bodies these days.

The second event was the use by UNRWA of the image of a young girl, “Aya”, in an advertising campaign in which it was purported that Aya was a Palestinian girl in a photograph of a bombed out home where she stood among rubble and dust which had been destroyed by an Israeli attack.

“Aya lives in Gaza. She has only known blockade, power cuts and the constant threat of having her home destroyed”.

The problem is that Aya is not Palestinian at all but rather a victim of the civil war in Syria who was pulled out of the rubble of a home near Damascus. This could hardly have been an innocent mistake because the original photograph was sourced from an UNRWA publication and covered in February by the BBC.

Why use images from a current conflict when the last Gaza War took place three years ago and the only drumbeats of further war are coming from Hamas and the other terror groups in that part of the world?

The third event is the worsening of the situation concerning the supply of power to Gaza, a situation blamed on Israel but which, like the recent “prisoner’s strike” has more to do with internal Palestinian politics. Hamas took control of Hamas from Fatah in 2007 in a violent and bloody coup and the two factions have been fighting it out ever since. Every so often they try to negotiate a reconciliation which never really works out. Abbas’ party Fatah, has been footing the electricity bill for Gaza and decided in order to put some added pressure on Hamas, it would stop paying Israel. This means that Israel faces an incredibly tough decision – foot the bill itself and therefore side with the genocidal Hamas and essentially pay for the electricity of a terror group hell bent on destroying it  – or cut off the electricity and be accused of causing a humanitarian crisis and starting another round of fighting with Hamas?

It really is a lose-lose situation for everyone involved, except for Fatah who have somehow come out of this looking clean in their attempt to show President Donald Trump that they are somewhat serious about bringing about peace.

Meanwhile, a willing media has obviously lapped a story where it can write the following headlines “Israel cuts Gaza electricity after Palestinian President says he will no longer pay the bill for Hamas”. Who comes off as the bad guy? Israel.

This is despite the fact that the decision was ultimately made by Fatah, and is also being carried out on the other side of the border by Egypt. But just like the tunnels in Gaza are somehow blamed on Israel’s blockade of Gaza, so too this electricity crisis will be spun around.

Lest it not be forgotten, those tunnels are expensive to build and yet with an economy dependent on aid money in the billions, Hamas is building terror tunnels under schools yet cannot pay for the electric power so desperately required for its own people. Let’s talk about that.

Meanwhile, the spinning reached ludicrous dimensions when a gay pride festival in Tel Aviv attracted thousands from both in and outside Israel causing some radical LGBT groups to criticize Israel for “pink washing” the issue – using its tolerance as a way of masking the separate issue of the occupation. In this bizarre world, there are those who will ignore groups that throw their gays from buildings, segregate women and mutilate their bodies in order to denigrate Israel. Go figure?

Something is happening in Gaza which nobody is talking about. While the world condemns organisations like ISIS and is desperately trying to figure out ways to defeat them but the not dissimilar Hamas (and even Fatah) are somehow packaged differently as if the security of the Israeli people means nothing. If we are going to attack global terror, we need to start talking more about what is happening Gaza, right under the UN’s eyes.