Zionism Victoria Annual Assembly an opportunity to reflect, farewell and look forward to a bright future

Zionism Victoria will hold its 77th Annual Assembly the 17th of November, 8:00pm at Beth Weizmann Community Centre at which time the Zionist roof body will celebrate and reflect on the year that was and look forward to new challenges and successes with a new leader.

The keynote speaker for the evening is the Honourable Steven Ciobo, Minister for International Development and the Pacific. Mr Ciobo, who previously served as the Parliamentary Secretary to the Minister for Foreign Affairs and Parliamentary Secretary to the Minister for Trade and Investment was elected member for Moncrieff, Queensland as part of the Coalition Government in 2001. Before entering Parliament, Mr Ciobo built a professional career as an executive in the economic reform unit at international firms Coopers & Lybrand and, later, PricewaterhouseCoopers.  Minister Ciobo visited Israel on an AIJAC Rambam Israel Fellowship program organised study tour.

The Assembly will be an opportunity to farewell President Sam Tatarka and welcome incoming President Sharene Hambur. 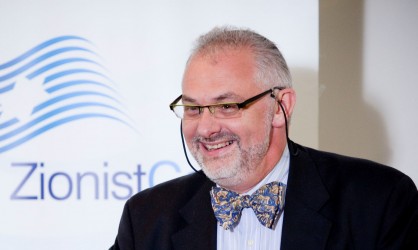 A hallmark of Tatarka’s presidency has been the development of Beth Weizmann Community Centre (BWCC) into a central gathering place for cultural, educational, ceremonial and political activity in the community.  “Our dream is to establish a real Jewish Community Centre in Melbourne”, said Tatarka, who also serves as Chairman of BWCC Inc. “We believed we could be a centre of Jewish, Israeli and Hebrew culture where people from across the community could join together to learn and play, be entertained and inspired, and to celebrate and commemorate whilst at the same time providing a base from which our communal organisations can operate in safety and security. I am beyond proud of what we have accomplished not only for those who currently use the Centre, but for generations to come”. 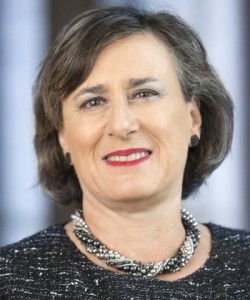 Hambur has a long and distinguished career in communal service. From her start as a youth leader at the Leo Baeck Centre, she has risen to leadership positions in the Progressive Movement on congregational, state, federal and international levels including her current role as Executive Board Member of the World Union for Progressive Judaism representing Australasia and New Zealand. She is also an office bearer of the Zionist Federation of Australia and Honorary Secretary for the Executive Council of Australian Jewry. A property and development lawyer at Clayton Utz, Hambur joined the Board of Zionism Victoria as Vice-President in 2010

“I am excited and honoured to be given the opportunity to lead this important community organisation”, she said. “I am grateful for the enormous efforts of our past leadership, in particular, Sam Tatarka, in bringing Israel to the Victorian Jewish and wider community. I look forward to continuing this work and finding new and exciting ways to engage our diverse movement.”

Tatarka has been working closely with Hambur over the past year to achieve a smooth transition. “In addition to her professionalism, intelligence and strong commitment to Israel, Sharene brings a fresh perspective to Zionism Victoria”, he said. “I know that she will ably represent the Zionist movement in Victoria.” 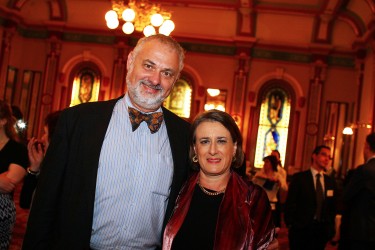