‘Wowserism’ Spelled From Right to Left 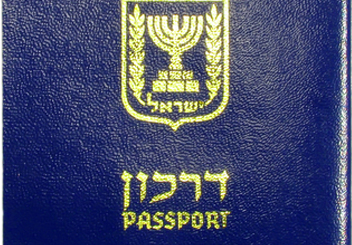 The departure of almost 7,000 French Jews for Israel over the past 12 months hasn’t gone unnoticed by the government of Prime Minister Manuel Valls. Under the headline ‘France Attempts to Attract Talent Back From Israel’, the Wall Street Journal reported this week on a visit by French Emmanuel Macron where “a large part of his mission is aimed at luring Jewish investors and talent back to France.”

But Vacron received a less than rousing response during a visit to Israel’s Technion institute of technology in Haifa, where he:

“asked a group of students originally from France if they would ever consider returning home. ‘For the holidays,’ one student quipped. A computer-science major questioned whether France was doing enough to turn the page on a spate of recent anti-Semitic attacks. The remarks cut to the core of a delicate dilemma for the French government. Israel has become the nesting ground of precisely the kind of talent the eurozone’s second-largest economy needs: budding tech entrepreneurs. However, a confluence of forces—from Israel’s prowess at incubating tech startups to the perceived rise in anti-Semitic and anti-Israel sentiment in France—is driving French Jews to relocate to Israel. Frustrated with the chronic rigidity in France’s education and labor systems, many of them are then launching job-generating startups in Tel Aviv and other parts of Israel.”

But perhaps the most telling sentence in this article: “French entrepreneurs who have put down roots in Israel say their new homeland offers them something France can’t: peace of mind.”

One might be tempted to say ‘plus ça change, plus c’est la même chose’ (the more things change the more they stay the same) except for one salient difference – this time Am Yisrael has Medinat Yisrael in Eretz Yisrael.

And on a more fermented note, in Medinat Yisrael things just got a little easier for hops lovers with a decision by Finance Minister Moshe Kahlon to cut the tax on beer by almost half. On your next visit to Eretz Yisrael you’ll be able to slake your thirst at a tax rate of NIS2.33-per-litre rather than the previous NIS4.33-per-litre. 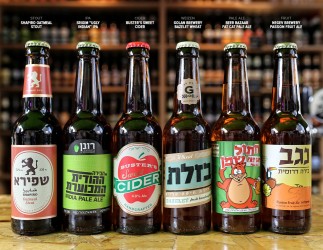 Turns out the 2012 levy hike was implemented in the hope of cramping Israel’s growing drinking culture by raising the cost of alcoholic beverages. But according to a joint Finance Ministry-Tax Authority taskforce, the only thing accomplished was:

“the blossoming of a bootleg industry that produces harmful beverages, damage to legitimate business that must struggle with the existence of a well-developed black market, and direct harm to consumers through increased taxation.”

Kahlon’s tax reduction constitutes another victory for freedom over wowserism – that most excellent pejorative slang word defined by the Australian National Dictionary Centre as the urge “to curtail the pleasures of others”. So let’s all raise our glasses to lower taxes and greater individual choice.

But does ‘wowser’ have a Hebrew equivalent? The closest term (thanks Halelli) is ‘shmartafism’ שמרטפיזם – which could also be translated as ‘nanny-ism’ – the intrusive ideology motivating the nanny state.

But if there are any aspiring Eliezer Ben Yehudas out in the community who want to coin a new Hebrew word that more accurately captures the meaning of ‘wowserism’, I’m eager to hear it.

And in a similar vein the Hebrew gematric name for the upcoming year – תשע״ו – also lends itself to a cute bit of anagramic wordplay. If you reverse the order of the ש and the ע you get the word ‘ta’asu’ – תעשו – the Hebrew second person plural imperative mood of the verb “do” – meaning “you should/must/will do.”

So let’s take this anagram to heart and make the upcoming year one of doing – of action and activism on behalf of Israel and the Jewish people.