The Good, the Bad and the Ugly

Last week, the ZFA held its annual Plenary Conference at the Sydney Jewish Museum. And while Israeli journalist Shmuel Rosner’s presentations were both enjoyable and enlightening, the undoubted high point of the Conference was his conversation with Malcolm Turnbull.

As someone who has spent considerable time as a political media advisor in Canberra, the back-and-forth between interviewer and interviewee was immediately recognisable. Rosner posed incisive questions that Turnbull answered or deftly parried with the aplomb of an old political hand.

When asked about his attitude towards the Obama Administration’s Iran nuclear deal, Turnbull adhered to the Abbot Government line:

We have welcomed it cautiously. The best that you can say for the agreement it is better than the status quo because it does introduce some degree of over sight. I recognise and empathise with the anxiety in Israel but as for just continuing the sanctions indefinitely…the judgement’s been made by the P5+1.

Turnbull could be – and was – more forthcoming when asked about the shift within the ALP on the Middle East. Noting the importance of broad-based support for Israel, he said:

I think there is reason to be concerned. I think it is very important that support for Israel is bipartisan … We see ourselves as having shared valued with Israel. We see Israel as being in the first trench…in the first line of the battle against extremists and terrorism. We are definitely on the same side.

Meanwhile the Times of Israel is reporting that last Thursday’s desultory rocket fire from Syria into the Galilee and Golan is the joint work of Iranian’s Revolutionary Guard Corps and Palestinian jihadis. In the IDF’s view this barrage of five rockets was clearly pre-meditated, by contrast with the stray mortar shells that have occasionally hit the Golan as crossfire in Syria’s civil war.

We are fortunate that this incoming fire caused no casualties or property damage beyond igniting a bushfire that was quickly extinguished. But as Ynet reports, the IDF predicts we are likely to see more of the same in the weeks and months to come.

The Iranians want to heat up the front against us in the northern and southern Golan,” said the officer. “It’s in the Syrian and Iranian interest.”

And of course, Israel did not sit quietly in the face of this unprovoked attack, responding with artillery and air strikes against 14 military targets in the Quneitra area.

On a more positive note the Australian Jewish community last week was ‘kvelling’ with pride over the appointment of one of its own as Israel’s Ambassador to the Court of St James – the formal title of a non-Commonwealth ambassador to the UK. Long-time Israeli government spokesman Mark Regev, a graduate of Mt Scopus and Melbourne University, made aliya in 1982, entering the ranks of the Israeli diplomatic corps in 1990. 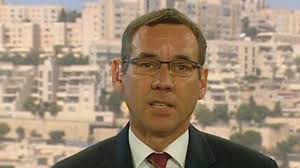 Regev has garnered a considerable public profile as the face of Israeli government policy, braving the slings and arrows of media hostility in the best Daniel-in-the-Lions’-Den tradition. Never losing his cool in the face of even the most adversarial questioning he has earned the grudging respect even of those not naturally well-disposed towards Israel:

If the men from Mars ever wanted to manufacture a PR man, they would model their robot on Regev. No matter how formidable the interviewer, or how aggressive the questioning, he never buckles under pressure. His disarming Aussie accent and unfailing politeness – he calls interviewers “Sir” and uses phrases like “I beg to disagree” … He is unlikely to win sceptics to Israel’s cause, but as a PR performer he is horribly compelling.

That’s high praise indeed from a left-leaning newspaper like the Guardian, which over the years has become notorious for its hyper-critical attitude towards Israel.

The Australian also recently featured a story in its business section citing possibilities for collaboration between Israel and Australia in the high-tech start-up sector. Under the headline “Learn from Israel: Risk Brings Rewards”, the article cited an assessment by leading Israeli venture capitalist  Jon Medved on Australia’s potential for hi-tech innovation:

“You guys have tremendous brains, an innovative culture, a great Western-style economy and tons of capital. Just look at your superannuation funds. It’s all there, now it’s time to get it moving

But there are also things that Australians can teach Israelis, as evidenced by what surely must be deemed the good news story of the week. An article in The Australian highlighted the visit to Israel of a delegation from Surf Lifesaving Australia to advise on the establishment of a “Nippers” program to teach water safety skills. Organised by Sydney surfing aficionado Steven Rubner, this initiative brought Aussie life savers from Coogee to a beach near the coastal town of Ashdod where they taught the basics to Israeli youngsters. 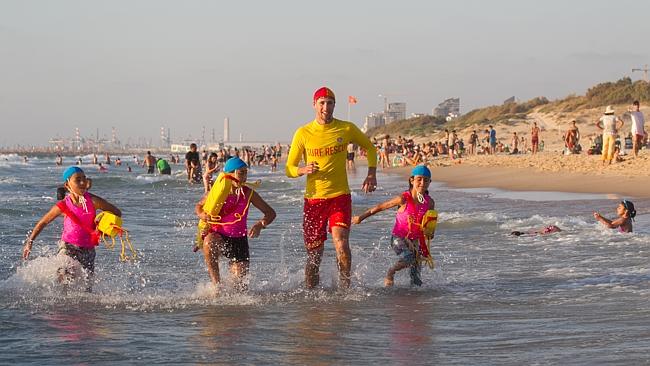 A frequent visitor to Israel, Rubner was shocked by the drowning deaths of five Israelis over the course of a single weekend in 2013. Resolving to do something about it, he contacted Surf Live Saving Australia’s Doug Hawkins, who “jumped at the chance to set up the Middle East’s first junior life saving franchise.”

So there we have it – the good, the bad and the ugly. A typical week in the ever-surprising, ever-predictable Middle East.

Read more
PrevPreviousDouble Indemnity
NextGoing Off-Beat and Up-Beat: Or How I Learned to Love the Tomato WarsNext