Alice’s Adventures in The Hague

In a decision utterly lacking in either legal merit or factual foundation, the International Criminal Court panel has not only thrown Israel under the bus. Through this outrageous action these two judges have also tainted whatever professional repute as jurists they might have previously enjoyed.

It looks as though they’ve been boning up on their Lewis Carroll over at The Hague. That’s the only logical conclusion one can draw from the International Criminal Court (ICC), whose latest move appears inspired by the classic children’s book Alice’s Adventures in Wonderland. 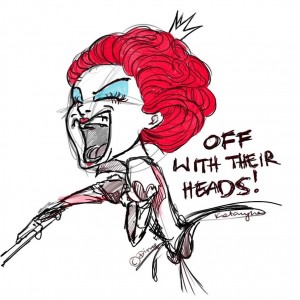 Israel had no case to answer. Forget about the separation between judicial impartiality and the prosecutorial advocacy function that is a necessity for any credible court system. Like Carroll’s Queen of Hearts who had a habit of passing sentence and only then holding the trial, Judges Joyce Aluoch of Kenya and Cuno Tarfusser of Italy took Bensouda to task for her “material errors”. Their [dis]honours went on to claim that the ICC prosecutor ignored what they claimed was Israel’s “deliberate plan or policy to attack, kill or injure civilians.”

‘Off with their heads’, indeed.

And if that rush to judgement wasn’t bad enough, this less-than-dynamic judicial duo also cited the suffering endured by Palestinians because of Israel’s blockade of Gaza. Never mind the 800 truck-loads of humanitarian supplies that move daily into Gaza through Israel’s overland crossing points. And in the spirit of never letting the facts get in the way of your argument, Alouch and Tarfusser ignore the inconvenient reality that Israel’s naval blockade is entirely consistent with the provisions of San Remo Manual on International Law Applicable to Armed Conflict at Sea.

One of the most concise summations of this flawed decision came from ZFA President Dr Danny Lamm:

“In a decision utterly lacking in either legal merit or factual foundation, the majority on the ICC panel has not only thrown Israel under the bus. Through this outrageous action these two judges have also tainted whatever professional repute as jurists they might have previously enjoyed. They will henceforth be viewed as no more than partisan hacks who play fast and loose with the law and the facts in order to advance a political agenda of hostility towards Israel.” 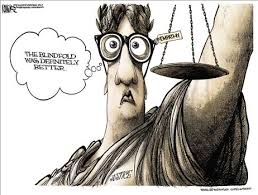 The only voice of judicial sobriety to emerge from the three judge ICC panel came from Péter Kovács, a Hungarian jurist who wrote a dissenting judgement from the majority ruling. Kovács ended his dissent with the following conclusion:

“It follows that the lack of prospect for any successful prosecution, together with the relatively low gravity of the alleged crimes makes it clear that the initiation of an investigation in the present situation is unwarranted.”

But it’s useful as well to read the reasoning that underpins Judge Kovács’ decision. The full text of his dissenting judgement can be found here, but for the readers’ convenience I’ve copied the relevant sections and highlighted the most salient points:

31. The facts of the situation cast some doubt as to whether the constitutive elements of the war crimes of wilful killing (article 8(2)(a)(i) of the Statute) or wilfully causing great suffering (article 8(2)(a)(iii) of the Statute) are met. The injuries sustained by the individuals on board the Mavi Marmara were apparently incidental to lawful action taken in conjunction with protection of the blockade.

32. According to the San Remo Manual applicable to armed conflicts at sea, which may be deemed as indicative of “principles and rules of international law, including the established principles of the international law of armed conflict” under article 21(1)(b) of the Statute: “Customary international law provides that a blockading party is entitled to prevent all vessels from entering or leaving the blockaded area. Merchant vessels believed on reasonable grounds to be breaching the blockade may be captured”. Under this rule, a ship that is non-violent and not resisting may nonetheless be captured because of its attempting to breach a blockade. It is clear that not only was it the Mavi Marmara’s intention to breach the blockade, but this was its main purpose, as an act of protest. With this in mind, Israeli forces had a right to capture the vessel in protection of their blockade. Furthermore, irrespective of this right, it was a logical reaction. Faced with a potential breach of the blockade, the IDF acted out of necessity.

33. Arguably, a merchant vessel that “‘clearly resists’ capture must be warned that it may be attacked if it persists”. The Mavi Marmara was warned 4 times. The resistance combined with the attempt at breaching the blockade, creates the fear for patrolling coast guard and navy that there appears to be a military purpose for the vessel’s intrusion. A clear refusal to submit to the policing authorities in such a case makes the vessel a legitimate target.

34. As the Prosecutor correctly acknowledged, “[I]f it is assumed that Israel’s blockade of Gaza was legal, Israel was entitled to enforce the blockade by these means. Subject to the issue of prior warning, and clear and intentional failure by the vessels to stop or other forms of resistance, Israel could lawfully direct an attack against relevant vessels of the flotilla. For the relevant period, those vessels would lose the protection to which they were otherwise entitled as merchant or similar vessels”. A vessel that loses its civilian status in such a way becomes a legitimate military objective “whose destruction […] offers a definite military advantage because […] the effectiveness of the blockade is preserved”.

35. It is quite clear that Israeli forces gave sufficient warning to allow the ship a chance to change its route or abandon its protest. The Mavi Marmara seems to have ignored repeated warnings from Israel to desist, and there was violent resistance once the IDF tried to board the ship. Based on the facts as reported by various commissions of inquiry, and as reflected in the Prosecutor’s report, it appears that the IDF soldiers, upon boarding the vessel, were met with direct violent resistance from a large group of passengers who had gathered on the roof of the ship. The passengers attempted to impede the soldiers with use of their fists, knives, chains, wooden clubs, iron rods, and slingshots with metal and glass projectiles. At the initial stage of boarding the vessel, it appears that three soldiers were attacked, captured, and taken to the hold of the ship. Additional information available also indicates that 9 IDF soldiers were seriously injured by passengers, two having been shot. It was this violent resistance that prompted the use of force by IDF soldiers.

36. The violent and active resistance of the individuals on the Mavi Marmara, while not amounting to direct participation in hostilities, nonetheless meets the threshold of resistance that would require use of force by the boarding soldiers.

It seems we’ve come to live in an era where uncommon bigotry has become a common bias and where crude anti-Semitism in the guise of crass anti-Zionism has become acceptable in polite society.

Time to roll up our sleeves in the spirit of Rabbi Tarfon’s maxim: “While you are not expected to complete the task, neither are you at liberty to desist from it.” (Pirkei Avot 2:21)