Stamp of Aprroval in Melbourne

Dr Les Glassman recently visited Melbourne as the official Israeli commissioner at the World Stamp Expo, 10-15 May. Read Glassman’s narrative of the exhibition as well as his impression of the Australian Jewish Community.

Stamp of approval in Melbourne 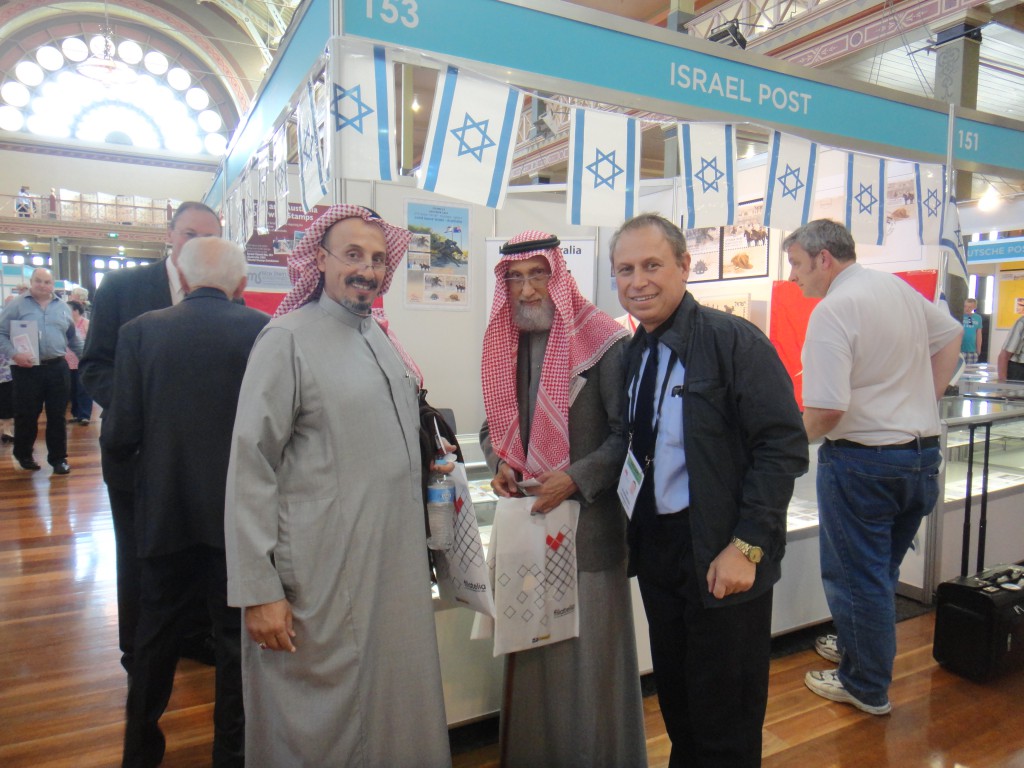 It was a great honour and privilege to be invited as the Israeli commissioner to the ‘World Stamp Exhibition’, which was held at the Royal Exhibition Building in Melbourne from the 10-15 May. The Right Hon. Lord Mayor Robert Doyle opened the exhibition. One of the unique qualities of the world stamp exhibition was its inclusive nature, in which representatives including commissioners from over 60 countries were present. The exhibition was originally initiated with the

aim of fostering friendship and cooperation among philatelists worldwide. Israel featured prominently at the exhibition. On the opening day the launch of the Australia and Israel joint issue was released, commemorating the ‘Battle of Beersheba’ which took place in 1917. This issue turned out to be extremely popular with people waiting for hours in line, to purchase their stamps and first-day covers. Furthermore, there were many exhibits from all over the world based on Israeli and Judaic themes. The iconic Max Stern and Charles Laski, two well-known local stamp dealers, befriended me and went the extra mile to assist me in every way possible. At the Palmares Award Ceremony, the Israeli exhibits which I had brought with me received 4 gold and 3 vermeil medals.

Just as stamps know no boundaries – they cross oceans and seas throughout the world – the array of commissioners, judges and representatives from all over the world became like a family of actions, built on common interest for the love of philately, united in their acceptance of diverse cultures, nationalities, race and religion. By interacting not only on a philatelic but personal level, genuine friendships and new acquaintances were made. Amazingly, my closest affiliations were with the Iranian, Egyptian, Turkish and Slovenian commissioners. My kippa did not in any way hinder the genuine friendships that were formed.

However, for both my daughter and I, the highlight of our trip was being embraced by the genuine warmth of the Melbourne Jewish community. During my brief stay in Melbourne, my close friend and internationally renowned philatelic mentor Yossi Aron introduced me to the community and to the very special Rabbi and Rebbetzin Dovid Gutnick of the East Melbourne Hebrew Congregation. Not only did they open the synagogue for prayer services but also transformed the house of prayer into a home away from home. I was welcomed with open arms and experienced firsthand the mitzvah of hachnasat orchim (welcoming guests).Coming to Melbourne was also an opportunity to reunite with our dear Sonnenberg family.

I left Melbourne feeling a deep appreciation for having the opportunity of meeting this unique community that I had heard so much of. Yours is a model community that we can all emulate!

Hopefully there will be ‘no worries’ and we should all be united ‘next year in Jerusalem’.

Read more about Les Glassman at the 2012 World Stamp Exhibition, in Jakarta, Indonesia:
Times of Israel: In the Far East, stamp collecting envelops an Iranian and an Israeli

Ha’aretz: Israeli philatelist gets stamp of approval in Jakarta (no paywall) 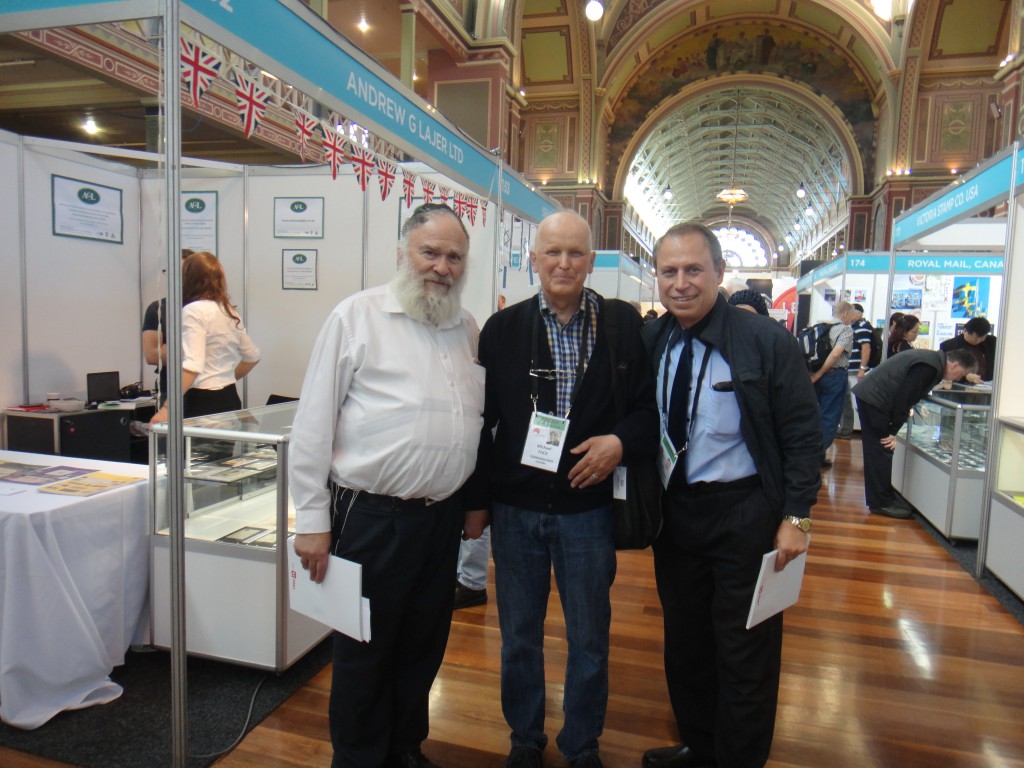