In January 2016, the Israeli Government approved a plan to establish a large, state-recognized egalitarian section at the southern end of the Western Wall, which would be accessible from the main Western Wall complex. This plan was created with central involvement of the Chairman of the Jewish Agency, Natan Sharansky. In June 2016, as the plan’s implementation had not progressed, Prime Minister Netanyahu repeated his promise and commitment to this initiative. At the 2016 Biennial of the Zionist Federation of Australia, a resolution was passed calling on the Government of Israel to proceed with implementing this egalitarian prayer space. On Sunday, June 25 2017, the Government announced that it would formally freeze the proposal, leaving it effectively abandoned under the current Government.

Whereas the Jewish Agency for Israel, representing world Jewry through its constituent members, the World Zionist Organization, the Jewish Federations of North America and Keren Hayesod, is gathered in Jerusalem to celebrate the 50th anniversary of the reunification of Jerusalem, the liberation of the Western Wall and the founding of the Zionist movement in Basel 120 years ago; and

Whereas the Jewish Agency for Israel throughout its history has been the organization responsible for bringing olim to the State of Israel and connecting Israel and world Jewry; and

Whereas the proposed conversion bill that would cement the Chief Rabbinate’s monopoly on conversion has the devastating potential to permanently exclude hundreds of thousands of Israelis from being a part of the Jewish people; and

Whereas we deplore yesterday’s decision by Government of Israel which contradicts the agreement reached with the Jewish Agency and other parties to establish the Kotel as a unifying symbol for Jews around the world, as stated: ‘ONE WALL FOR ONE PEOPLE’; and

Whereas the Government of Israel’s decisions have a deep potential to divide the Jewish people and to undermine the Zionist vision and dream of Herzl, Ben-Gurion, and Jabotinsky to establish Israel as a national home for the entire Jewish people; and

Whereas we declare that we cannot and must not allow this to happen and we are committed to mobilizing our constituencies for their continued support of the people and state of Israel;

Therefore, be it resolved that

We call upon each Member of the Knesset and all elected public officials to take all necessary action to ensure that these dangerous and damaging steps are halted; and

We will continue to build a broad coalition of Israelis, together with partners from around the world, who care passionately about keeping our people united and who are committed to the unity of the Jewish people; and

We call upon the Government of Israel to understand the gravity of its steps and reverse its course of action accordingly. 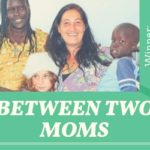 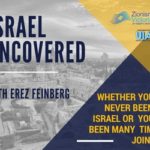